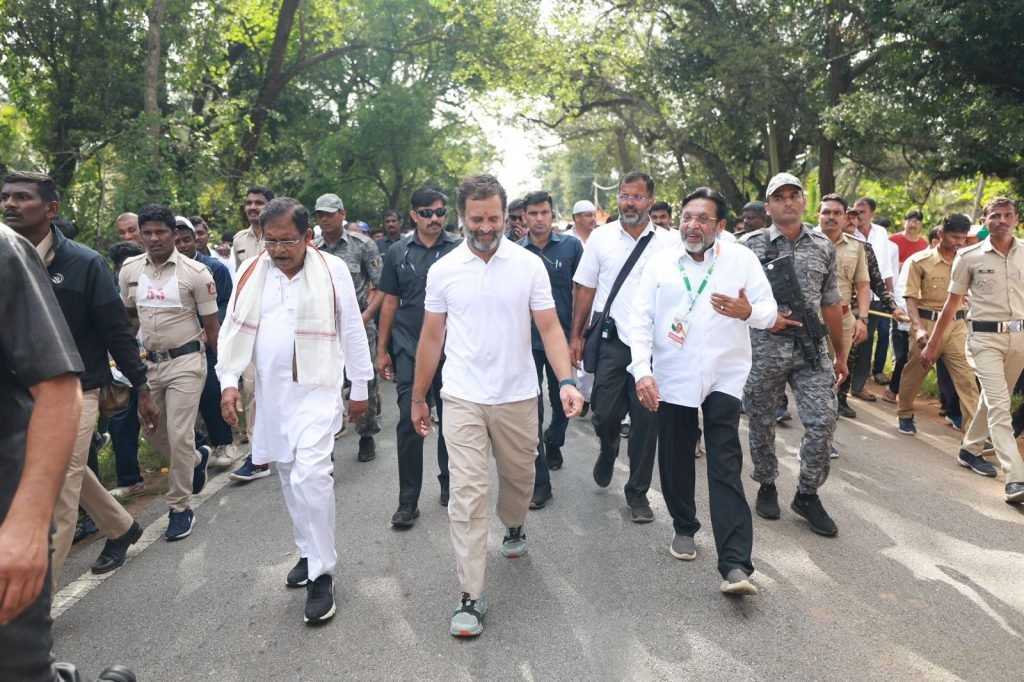 The yatra which began at Mayasandra at Tumakuru reached Banasandra after 12 kms stretch walk and witnessed a grand success with hundreds of people expresing solodarity, said Seetharam.

Speaking to media persons Seetharam said that the padayatra will have a positive impact on the upcoming assembly elections in the state. Rahul Gandhi has been seeing massive support from the public.