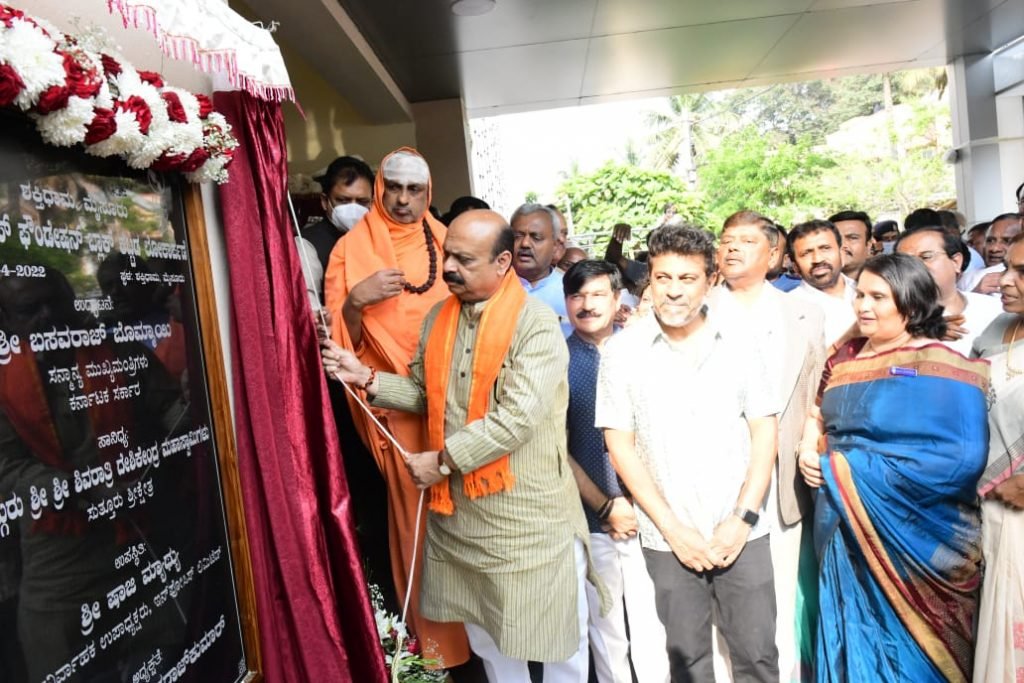 Mysuru. April 7.
Shakthidhama is playing a prominent role in human resources development and it would be provided a grant of Rs. 5 cr for its good work, Chief Minister Basavaraj Bommai announced.

The Chief Minister in his address after dedicating the Infosys Block building at the Shakthidhama said, “I got the inspiration to provide grants for institutions which are dedicated to serve the society during my recent interaction with Shivarajkumar. I wish more institutions are born with inspiration from Shakthidhama.”

It is a painful fact that the women are being exploited since ages in the society, he said and appreciated the initiative of Dr. Rajkumar, Parvathamma Rajkumar for their concern to contribute for the welfare of women and retired Police officer Kempaiah who is playing a big role in the functioning of Shakthidhama.

Dr.Rajkumar’s family has nurtured Shakthidhama as a home to provide shelter and life for the exploited women. This institution is doing the work that is to be done by the government. Puneeth Rajkumar too had a motherly heart to serve the cause of women’s welfare, Bommai said.

The Chief Minister expressed his gratitude for Sudha Murthy of Infosys Foundation and Sutturu Deshikendra Swamiji for their major contribution for the growth of Shakthidhama. Bommai called upon the society not to call any child as an orphan. “They are God’s Children. These children at Shakthidhama are blessed as they have Dr.Rajkumar, Parvathamma Rajkumar, Kempaiah, Shivarajkumar and Geetha Rajkumar as their father and mother,” Bommai said.

Budget with a conscience

“Mysuru in the South and Hubballi-Dharwad in the North are the cities of future after Bengaluru. We are committed to their development. Our budget is a budget with a conscience and sensitivity towards the weaker sections. It has a slew of programmes with a total allocation of Rs40,944 cr for welfare programmes which include nutritious food for children, education, health services, women and child welfare. The KR Hospital in Mysuru is being developed at a cost of Rs85 cr as it is celebrating its centenary, Rs185 cr has been provided for expansion of Mysuru airport,” Bommai said.