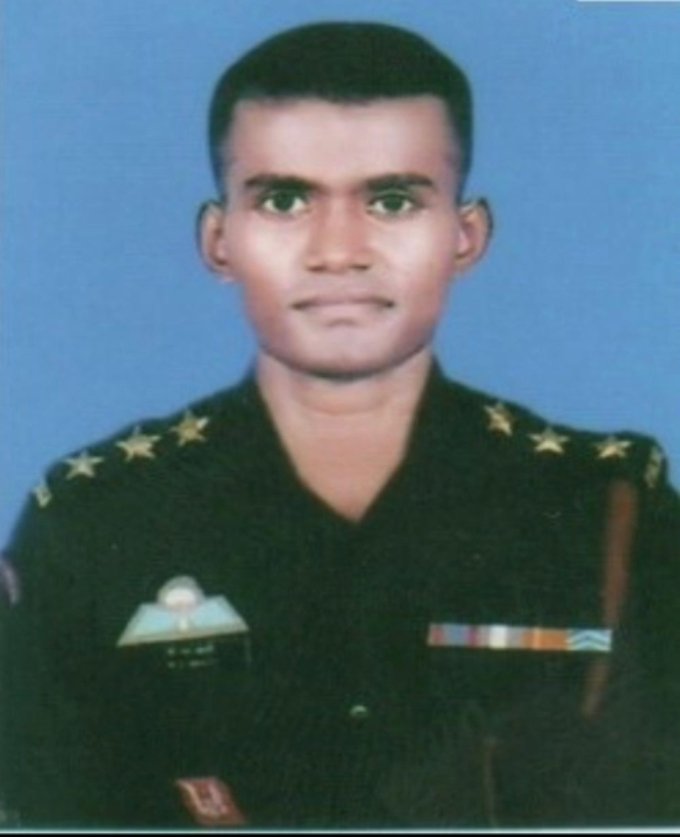 Capt Rakesh finished his graduation from Bangalore and was commissioned as an officer in the Indian army in 2016.

He is a part of the elite Special Forces unit – the 9th Battalion of Parachute Regiment.

Prime Minister Shri Narendra Modi was scheduled to visit Jammu for a Public Rally on 24 April 2022. Amid heightened security for the visit, inputs of likely fidayeen attack on rally were received.

Captain Rakesh TR, Alert Troop Commander of 9 PARA (Special Forces), was responsible for maintaining readiness to react to any terror related incident in the region. On receiving input of likely terrorist presence in Jammu district, the

Alert Troop immediately got mobilized. While on the move Captain Rakesh received input of attack by terrorists on a security forces convoy, in which own fatalities were suspected. On reaching the contact site located in densely populated area, Captain Rakesh quickly spotted terrorists using a quad copter and maneuvered tactically to place a close cordon around them.

On realising that they were surrounded, terrorists started firing indiscriminately to break cordon and move towards civilian area. Captain Rakesh sensing imminent danger to civilian lives, pinned down one of terrorist by bringing down heavy fire on him and then, with utter disregard to his own safety and showing nerves of steel, charged towards the terrorist and neutralized him by accurate fire.

For his sharp tactical acumen, nerves of steel and unparalleled courage under fire while eliminating one terrorist and preventing a Fidayeen attack, Captain Rakesh TR is awarded “SHAURYA CHAKRA”.