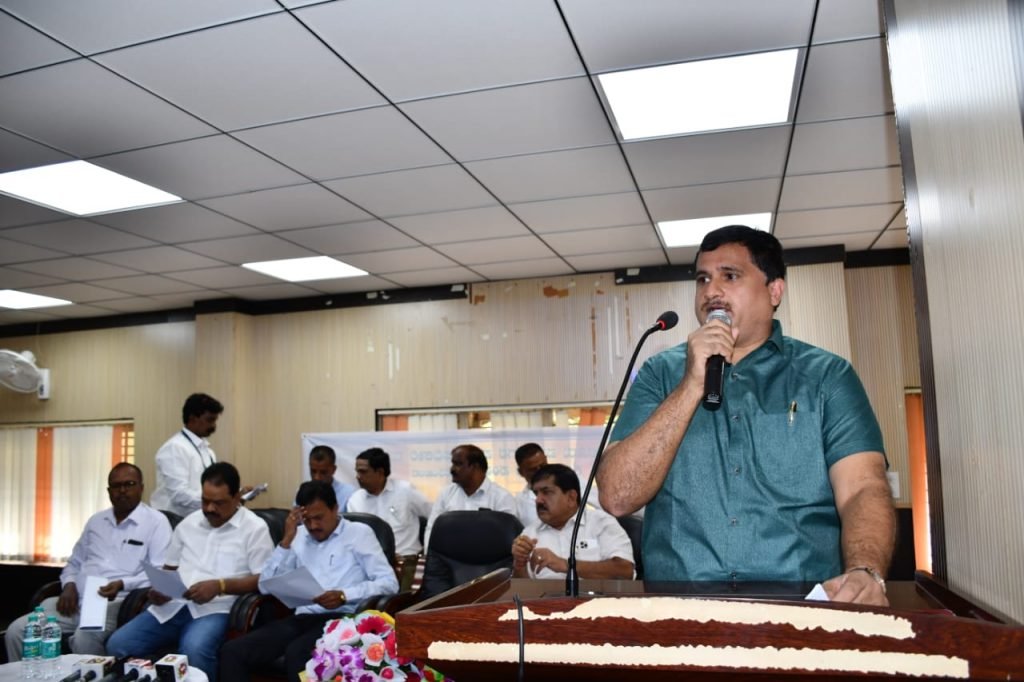 Bangalore, Dec. 2: In an attempt to make electoral and election process transparent and error free there is a dire need for constitution of a separate Election branch or division for BBMP, said CS Shadakshari, state president of Karnataka State Government Employees Association.

Addressing mediapersons on Friday at the BBMP employees’ association regarding the theft of voter details and Chilume institution scam he said that like in districts assembly wise election branch should be established.

For instance, one official will be responsible for one constituency election related matters. But BBMP is huge with 28 constituencies and separate election branches must be set up, he argued.

This will not only ease pressure on the BBMP employees, the election process will be smooth like a cake walk, he said.
He addressed the revenue employees of the BBMP who were said to be disturbed and depressed due to the recent developments where four revenue officers have been arrested on charges of theft of voter information and unnecessary deletion of the names on the electoral roll.

He addressed the severe crunch of workforce in the BBMP and said there is a shortage of about 10,000 employees in the BBMP. The BBMP has grown from mere 225 sq. kms to 841 sq. kms. But the recruitment of the employees is not in sync with the expansion of geographical area of the BBMP, he explained. Even the state government is facing an acute shortage of about 2.6 lakh workforce. Efforts are on to fill vacancies, he assured.

“However, I am not saying officials who are culprits should be protected. But officials should not be burdened with heavy work,” he said.

The officials are not in favour of any party but work as per the framework laid down by the state government, he added.