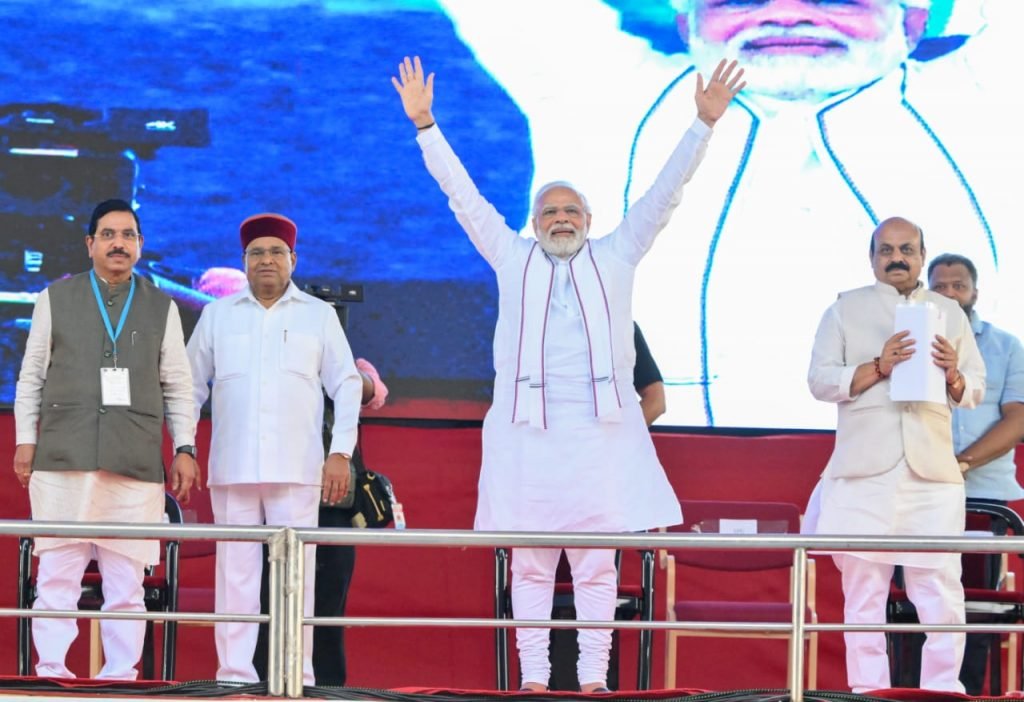 Karnataka’s GDP to see a 2% rise once these projects are completed: CM Bommai

Chief Minister Bommai termed the day as historic. “Today is the day that deserves to be written in golden letters in the development history of the state. The suburban rail project was in limbo for a long time. The Prime Minister has put it on the path of reality. The project would provide a commuting connection for the people from the heart of the city to various areas in the outskirts in all four directions. A Multi-modal Logistic Park will come up in Tamakuru. This will connect 5 states. The work on the Satellite Town Ring Road from Dabaspet and Old Madras Road has also been launched. All these projects would help in reducing the traffic congestion in Bengaluru,” Bommai said.

It is Prime Minister Narendra Modi’s vision which is guiding these projects with assistance from the union government. A politician’s vision is limited to the next election, while a statesman’s vision is on the next generation. The Prime Minister has a vision to make India the superpower, world’s number one nation by 2047. The Prime Minister has launched a slew of programmes to fully utilise the human resources of the country. The opposition is questioning the utility of these projects, Bommai said and explained that 53.83 lakh farmers have received the benefit of Kisan Samman scheme, 43 lakh households have tapped water connections.

Karnataka marching ahead under Modi’s guidance

About 1.45 lakh street hawkers have availed the benefit from PM Swanidhi scheme, the National Highways building pace has zoomed to 16-16 kms a day from just 1km. 67 new airports, extension of metro in 5 more cities, approval for 194 projects under Sagarmala project, setting up of 596 new medical colleges of them 4 in Karnataka are some of the contributions of Modi government. Karnataka is marching ahead under Modi’s guidance, Bommai said.