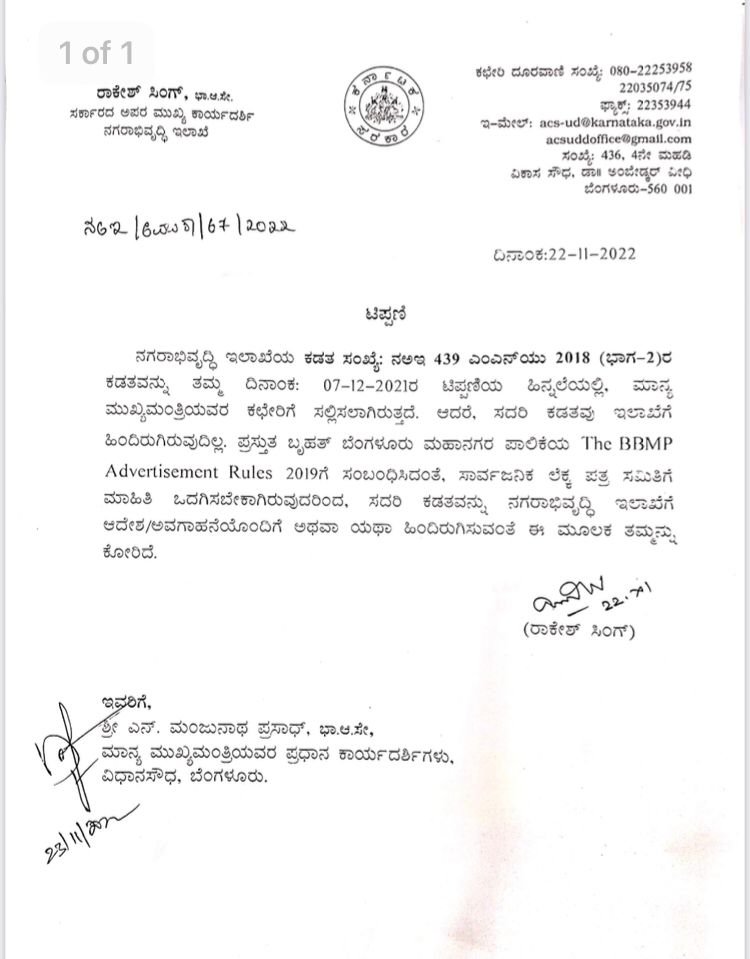 Bengaluru, Nov. 25: The news on the missing of a crucial file pertaining to BBMP advertisement has gone viral!

Now, it is giving rise to doubt and debate on how a crucial and important file go missing from Chief Minister’s office. The letter transaction between the two top officials from the two different departments has come to public now.

The file pertaining to BBMP advertisement was sent to chief minister’s office about a year ago for suggestion and approval. The file regarding the advertisement contains vital information about the display, size and advertisement fare.

Urban Development department additional chief secretary Rakesh Singh had written a letter to chief minister secretary Manjunath Prasad asking for a file that was sent to chief minister’s office a year ago. But the point here is how can a crucial file that earns revenue to the civic body go missing? Who is behind the missing file.