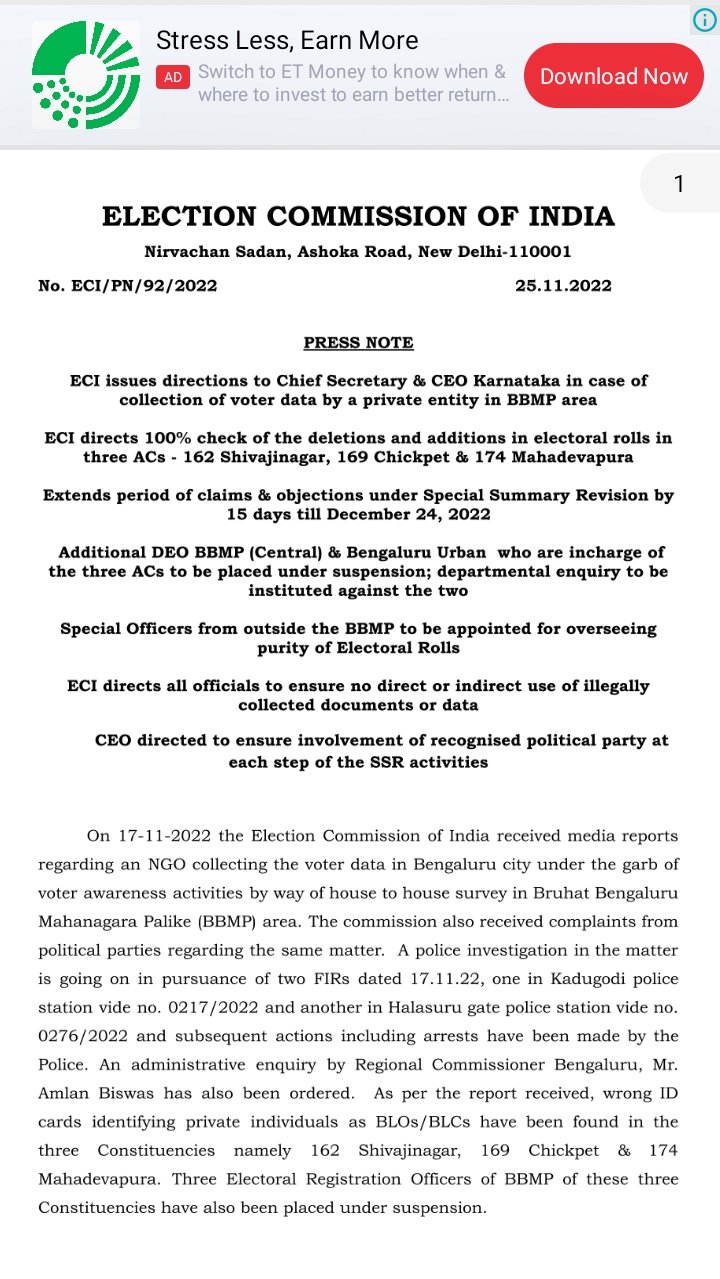 The ECI ordered for 100 per cent check of the deletions and additions (special summary revision-SSR) effected in the electoral rolls after January 1, 2022 in the three Assembly constituencies:  Shivajinagar, Chickpet and Mahadevapura.

The ECI took this decision upon receiving complaints over alleged involvement of Chilume Educational Cultural and Rural Development Trust in collecting the voter information.

The three IAS officers drawn from outside the BBMP have been deputed as special observers for Priyanka Mary Francis ( Shivajinagar), R Vishal ( Chickpet) and Ajay Nagbhushan ( Mahadevapura) for overseeing electoral rolls. Ujjwal Ghosh (BBMP Central), Ramachandran R.  (BBMP North), P.Rajendra Cholan (BBMP South), N. Manjula (Bengaluru Urban) and these officers to oversee the SSR works.
Action has been taken as per the Representation of Public Act 1951.