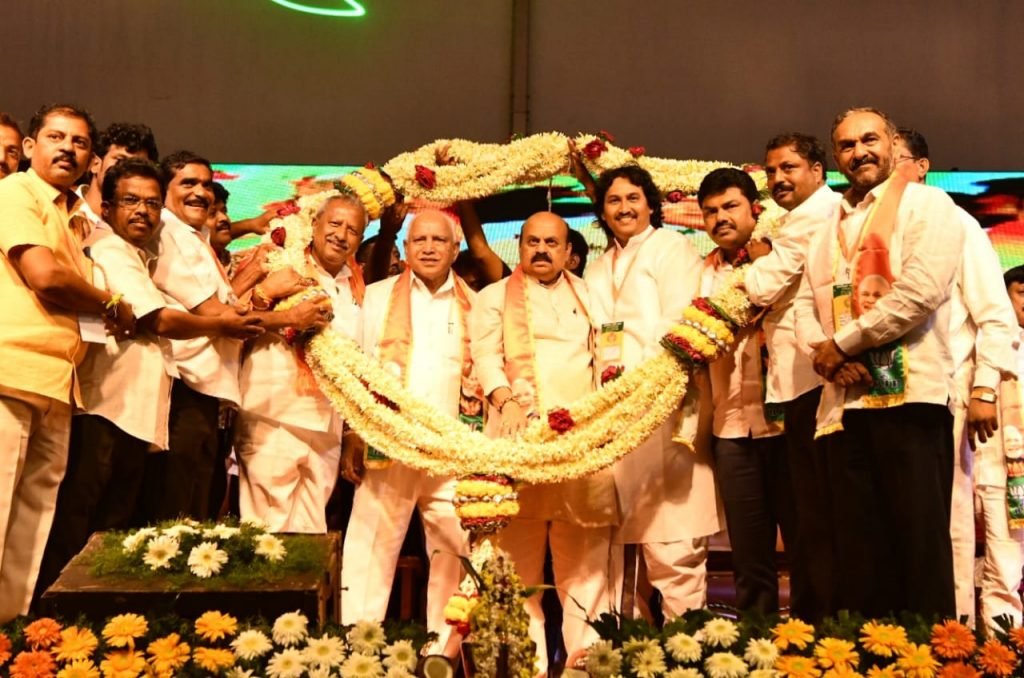 Chikmagalur, Nov. 15: Chief Minister Basavaraj Bommai asked Leader of the Opposition in the State Legislative Assembly Siddaramaiah to get the support of KPCC President D.K.Shivakumar first, before asking for people’s support.

Addressing BJP Jan Sankalp Yatra in Kadur taluk on Tuesday, he said Siddaramaiah has said the people must vote for the Congress Party to become the CM. Before the people, let him tell KPCC president D.K.Shivakumar that he will be the CM candidate. If he cannot take the support of Shivakumar, how can Siddaramaiah seek the support of the people?

People haven’t forgotten the thieves of Anna Bhagya scheme:
Bommai said the people responded positively when Siddaramaiah sought the people’s support to become the CM in 2013. But whatever promises he made to the electorate only remained in the book and none of them reached them. In 2018, the people placed them in the opposition benches. The citizens haven’t forgotten looting of the Anna Bhagya scheme during your tenure; 100 per cent commission in irrigation projects and kickbacks in the purchase of beds and mattresses for hostels; efforts to divide religion; scams in BDA; murder of over 20 hindus. For what reason Siddaramaiah must be made the CM again? The people are vigilant now, he added.

Congress involves in politics for power:

Bommai said the Congress government did not spend the funds earmarked for SCP/TSP schemes for the whole one year and the benefits did not reach anyone. For what purpose the Congress must be voted back to power as they do politics for power. While BJP does politics for people and the electorate have decided to vote back the party. The Jan Sankalp yatra will become Vijay Yatra in the coming days. The people will not support the selfish people. “The media must show the people attending the Jan Sankalp yatra to the Siddaramaiah who sees everything with yellow colour. Once the people decide to support any party, it cannot be changed in democracy. Nothing will stand before people’s power.