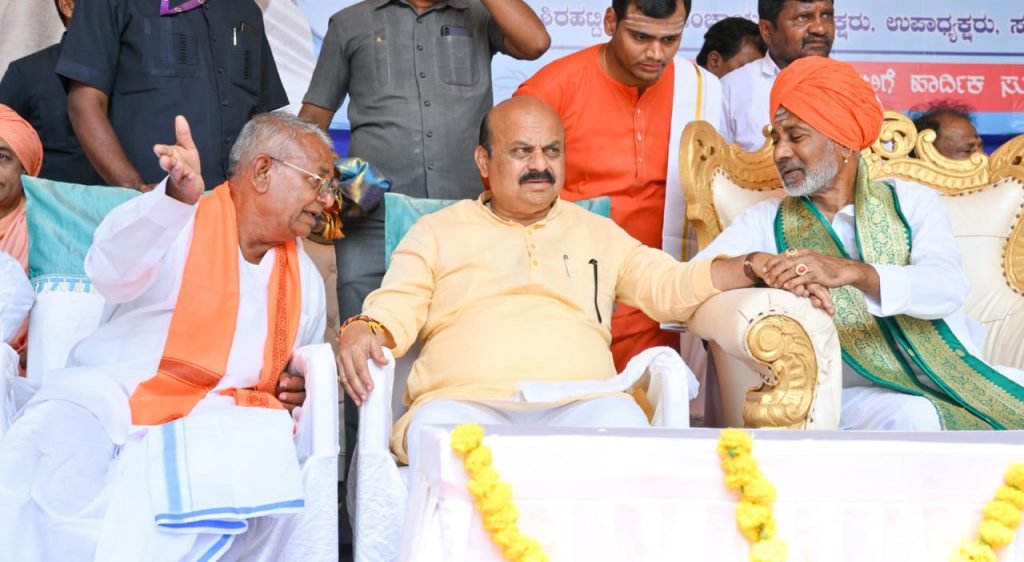 Talking to reporters at Udupi Helipad on Tuesday, he said that Satish’s statement has hurt the sentiments of people of this country. The Congress Party is doing appeasement policy just for the sake of votes and making such half baked statements without any in-depth study. They are under the wrong impression of getting the minority votes through such statements. By doing this, the Congress leaders are trying to disturb the very foundation of belief of every Indian. Creating problems within any country amounts to the act of ‘anti-nationalism’. Everyone must condemn such acts. However, the Congress Party has been acting as if it is supporting such a statement.

Why silence?:
The CM questioned the stoic silence of former AICC President Rahul Gandhi and Leader of the Opposition in State Legislative Assembly Siddaramaiah who shout at trivial matters. Their silence will indicate their approval for Satish’s statement. If the Congress fails to open its mouth if the sentiments of the majority Hindus are hurt, what does it mean?

Will lose its identity:
Bommai said Jarkiholi was still defending his statement and the Congress Party must offer an unconditional apology and regret for such a heinous act. If it fails to do so, that party will lose its whatever little identity prevailing in the country. Already, the electorate of the country have shown the place to the Congress Party. The statement by Satish was not only prejudiced but planned. Seeing statements issued by various people of various parties on different situations against the feelings, thinking and heritage of the Hindus, time has come not only to stop agitations but also their talks.