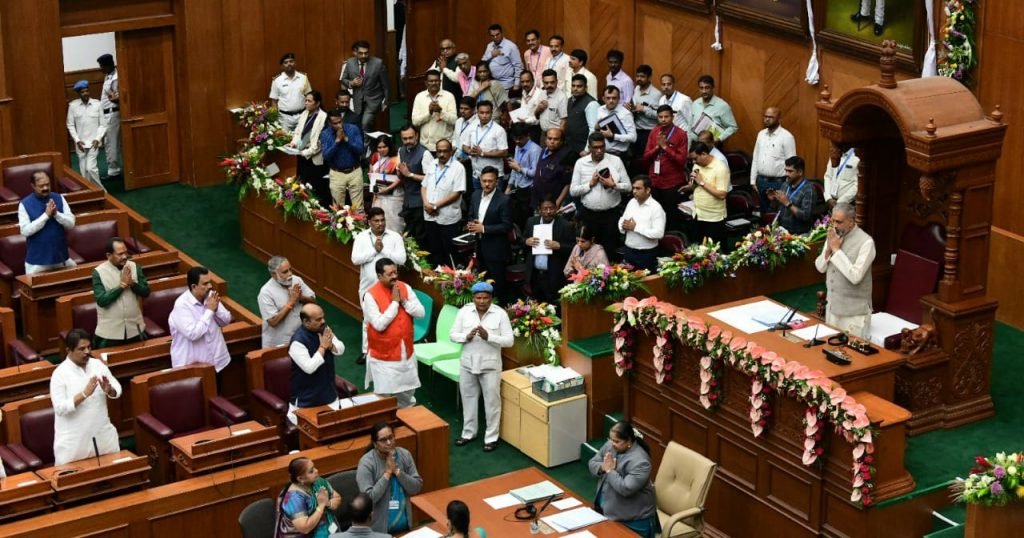 Haveri, Dec.18: Prime Minister Narendra Modi will inaugurate India Energy Week 2023 to be celebrated in Karnataka in February next year, said Chief Minister Basavaraj Bommai.
Speaking after inaugurating 3000 KLPD Ethanol and Sugar factory of VIN Distilleries and Sugars Private Limited at Konanakeri village in Shiggaon taluk of Haveri district here on Sunday, he said around 10000 delegates from both India and abroad will attend this event that will ponder over the energy production and policies. The Government of India has decided to hold this event in Bengaluru which has the most number of R&D centers.

Subsidy at 6 percent to set up ethanol factories

Great demand in the coming years

The CM said biofuel will be in great demand in the next 50 years. Economy, environment and energy are interwoven and economic prosperity could be seen by maintaining a balancing among these three factors. Karnataka has been a progressive state and the future of the country is written here. What has been thought and implemented in Karnataka is done later by the country and that is the power of this state.

Bommai said Minister Murgesh Nirani has been a largest manufacturer of sugar, alcohol and ethanol, besides generating 400 MW power. The intelligence of Labour Minister Shivaram Hebbar is also there in starting industries in this sector. He has been asked to take care of the farmers and to provide employment to youths of this region, and it will be done by him. It will provide direct employment to around 500 persons and indirect jobs to 2,000 to 3,000 people. The cane crushing capacity is 300 KLPD and it has a distillery too because of which ethanol is produced.

He said Prime Minister Narendra Modi soon after assuming the post, has thought through his vision ways to solve the challenges before the nation. Power needs to be generated for economic growth as well as the environment must be protected. Biofuel has been given a lot of importance. The establishment of ethanol factories started during the tenure of Atal Behari Vajpayee as the Prime Minister and a 10 per cent target set for 2024 has been achieved in the current year. It has been decided to add 25 per cent by 2025 and this will cut 20 percent of oil import. It will not only reduce economic burden but also helps in manufacturing the clean fuel. This is the work of a leader with vision. All these have occurred after the NDA government led by Modi came to power in the Centre.

Belagavi, Dec. 19: The Legislature session which has begun in Belagavi from today will discuss various issues and it will be a session to provide relief to the people, said Chief Minister Basavaraj Bommai.

Talking to reporters at the Sambra Airport before proceeding to Suvarna Vidhana Soudha on Monday, he said issues pertaining to this region need to be discussed, and find out solution. Several subjects have to be discussed in the next ten days. The session is being convened to enact a number of legislations.

On quota for the Panchamasali community, the CM said no deadline has been fixed to give reservation to that community. A report from the Backward Classes Commission is expected soon