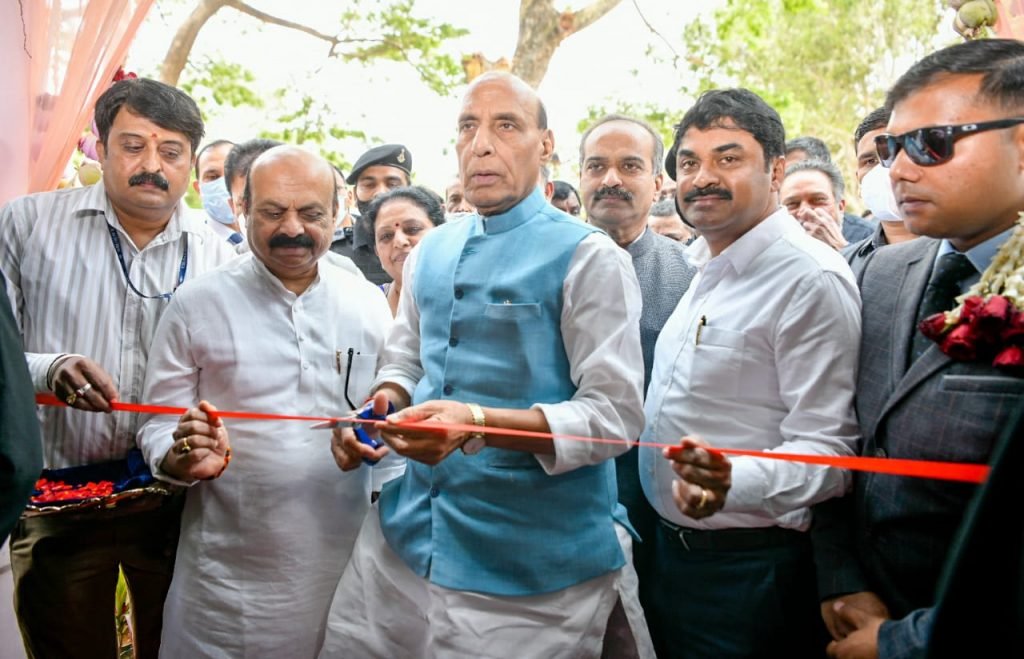 Karnataka to carve a niche for itself in the world under Bommai’s leadership: Rajnath Singh

Bengaluru. March 17.
Chief Minister Basavaraj Bommai’s leadership and style of functioning drew big appreciation from Defence Minister Rajnath Singh here on Thursday. Participating in a function to inaugurate the Flight Control System(FCS) Complex of Defence Research and Development Organisation(DRDO), Rajnath lauded Bommai as a competent and committed Chief Minister. Karnataka is making rapid strides and the State will soon carve a niche for itself in the world under his leadership, Rajnath said.

He appreciated the cooperation and help of the Chief Minister in establishing the FCS in an unbelievable time of just 45 days.

“Karnataka and its Capital Bengaluru is always close to my heart. The State is like a big Banyan tree. As it grows tall it also strikes its roots deep retaining its tradition and culture. It is reaching out to the skies as a hub of modern technology,” Rajnath said.

Lauding the achievement of DRDO and Aeronautical Development Establishment(ADE) for setting up the FCS Complex in just 45 days, Rajnath said it is nothing short of a miracle.