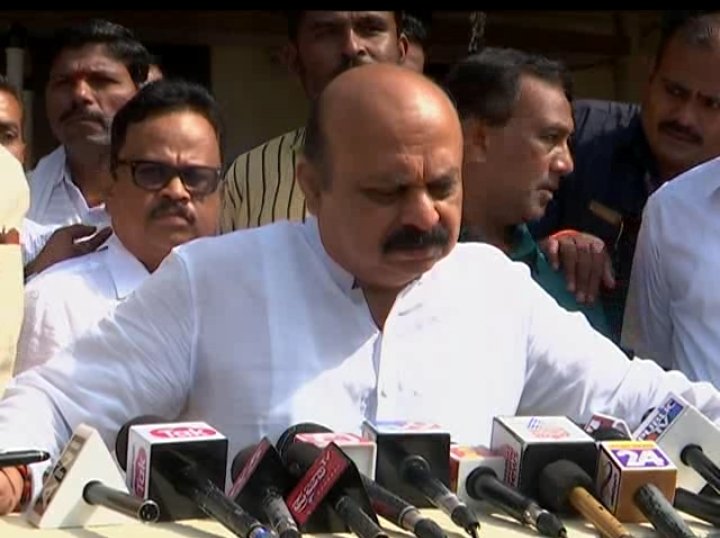 Bengaluru, Aug.29: As per directions from BJP National President J.P.Nadda, it was decided to hold mammoth rallies at six places across the State, organise party functions, undertake tour and people’s contact in the month of September and October, said Chief Minister Basavaraj Bommai.

Talking to reporters after meeting former CM B.S.Yediyurappa at his residence here on Monday, he said Yediyurappa had been to Delhi where he had met Nadda. With him, he discussed in detail about talks between Yediyurappa and Nadda and also directions from the latter. As Prime Minister Narendra Modi will be visiting Mangaluru on September 2, all programs connected with it were discussed in detail. It was also discussed regarding the tour of Karnataka by different teams led by State BJP President Nalin Kumar Kateel, BJP National President Arun Singh and Yediyurappa in the coming weeks.

Bommai said he will discuss with the senior state leaders and then take final decision regarding the programs planned in the months of September and October. The national leaders have collected details about the massive Janotsava program to be held in Doddaballapur on September 8 and given certain instructions to make it successful. The same has been conveyed to the organisers to follow it . Health & Medical Education Minister Dr.K.Sudhakar, MLAs’ and office-bearers have promised to make Doddaballapur event a big success, he added.