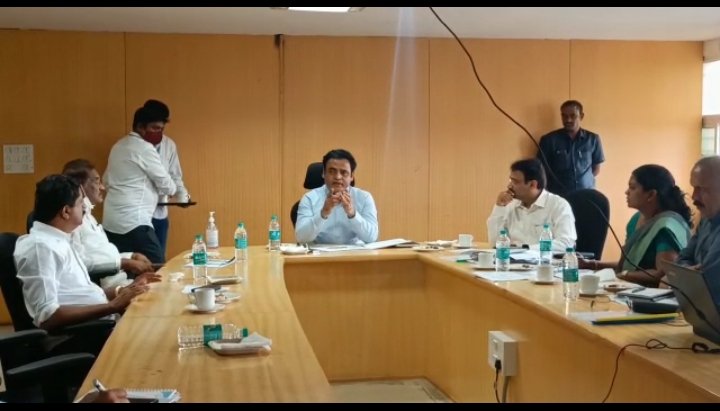 Suguna was the chief engineer of the SWD and she had failed to curbing flooding in the city despite her best efforts, said sources. As a result, Lokesh was given charge of SWD recently.

The recent rain havoc seems to have taught a lesson or two to the BBMP authorities on maintaining and upkeeping of the city’s drains! The storm water which should flow into the drain was overflowing on the streets due to the blocked drains.

In an attempt to arrest flooding the state government has sanctioned funds for desilting of drains. Rs. 25 lakh has been sanctioned in each of the assembly constituencies falling in East zone, said Higher Education minister Dr. CN Ashwath Narayan.

Addressing officials from the storm water drain division at the zonal office in the city Narayan directed officials to complete tender formalities in the next seven days and issue work order in the next two days.

About 15 locations have been declared as the red zone. He directed officials to keep the advanced machineries to desilt the drains periodically.

Due to the recent rain damage, each of the rain victims have been issued Rs. 25,000 through direct to beneficiaries’ scheme to their account. This ensures misuse of funds. So far, 630 beneficiaries have been provided compensation and the remaining beneficiaries would get their dues shortly, he added.