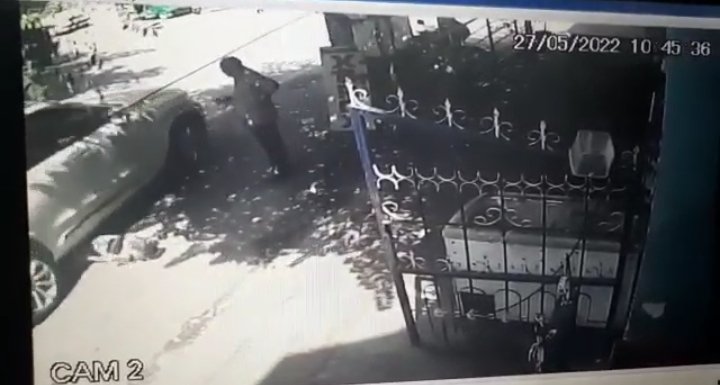 Bengaluru, May 31: A couple of months after a dog was run over and killed by a 23-year-old Adi Narayana Naidu, grandson of former MP D.K. Adikeshavulu Naidu in Siddapura police station deliberately yet another similar took place in Jayanagar.

Jayanagar police have launched a hunt for an SUV driver who killed a stray dog by running over it, said police.

The video capturing the horrific incident surfaced on Monday and has gone viral on social media.

The enduring pain for sometime the dog allegedly died. Eye witness say that the driver of the car notices the dog and deliberately runs his car over it.

The incident took place on May 27 and it has come to light lately. Animal lover Nagaraj, Badriprasad has lodged a complaint in this regard. The police have registered a case under Section 11 of the Prevention of Cruelty to Animals Act 1860, IPC 428, 429 and 279.

The incident had taken place in front of Milk Booth in Jayanagar 9th Block locality of Bengaluru. The police are verifying the CCTV footage. Meanwhile, animal lovers have cremated the stray dog.

In earlier incident, police had taken Rs 10 lakh bond from the accused person in connection with animal cruelty case and released Adi on station bail.