Bangalore, Jan. 9: In the wake of announcement of Opposition Leader Siddaramaiah’s candidature at Kolar for the upcoming assembly elections, senior Congress leader and former minister MR Seetharam has been deputed as vice president of Kolar District Congress Committee in-charge.

Earlier, MR Seetharam was earlier appointed as vice president of Kolar DCC. Since the post of president was vacant KPCC vice president M Narayanaswamy was deputed as additional in-charge for Kolar. 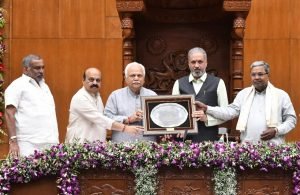