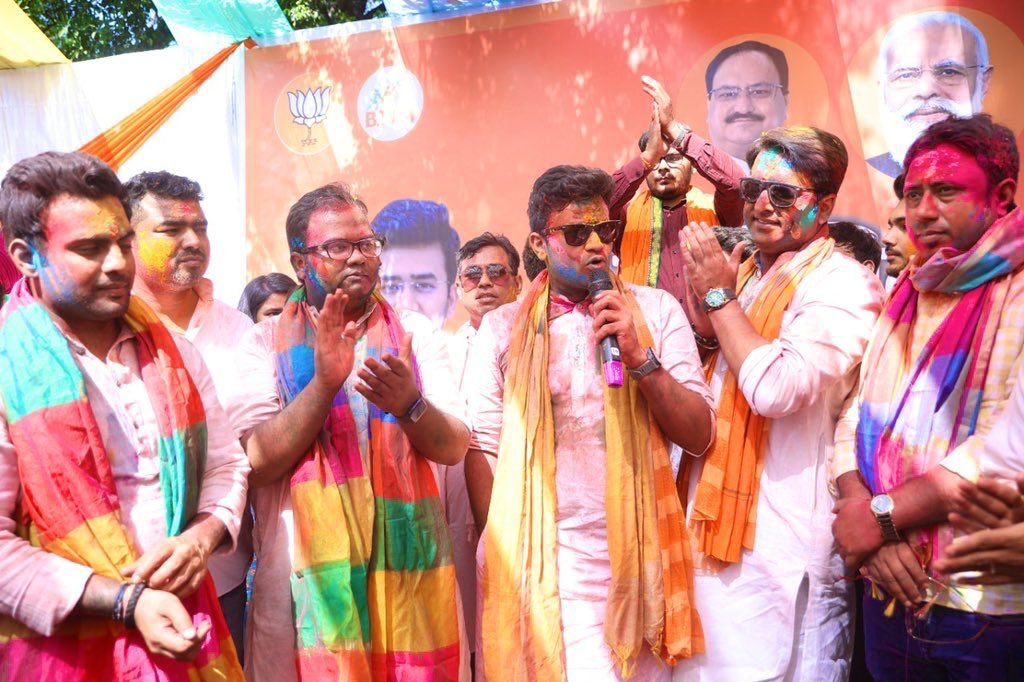 Surya tweeted, “Victory of our party in the 4 state elections made this Holi Milan more special. Congratulations to BJYM karyakartas for having played an active role during elections”. Surya further added, “Bharat is blessed to have a leader like PM Narendra Modi Ji & #ElectionResults2022 reaffirms his popularity. The unifying factor of people from all socio-economic backgrounds is their love for Modi Ji”

The ‘Holi Utsav’ was rejoiced as ‘Vijay Utsav’ as BJP continued its winning streak and roared back to power in Uttar Pradesh, Uttarakhand, Goa and Manipur.