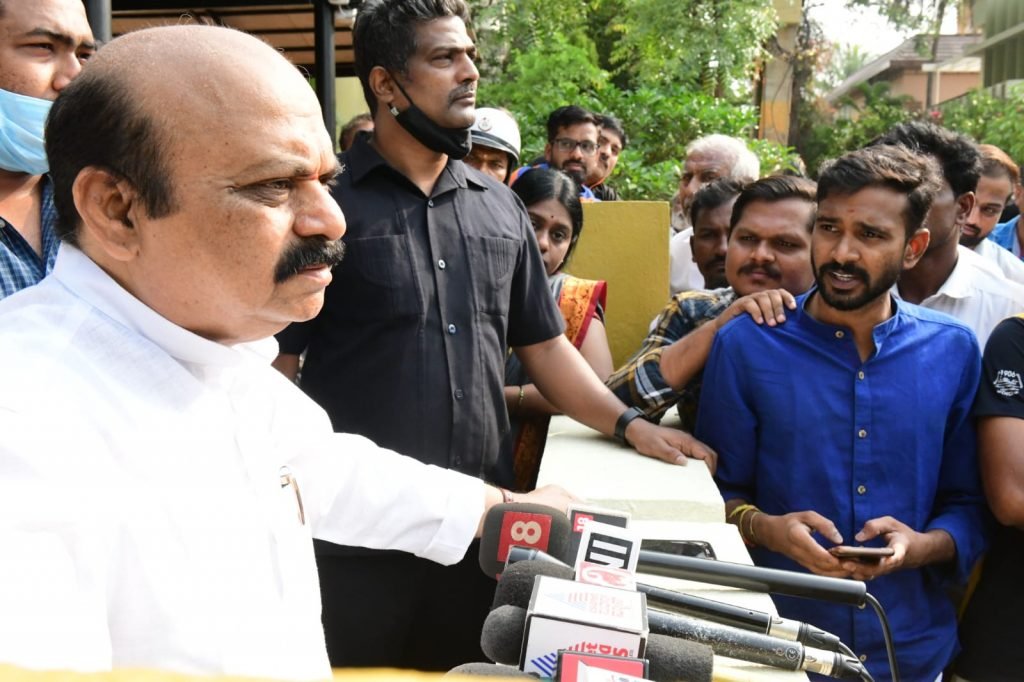 Hubballi. March 27.
We are yet to get various approvals from the Union government with regard to inter-state water disputes. I have instructed the concerned departments to make preparations for this. I am set to meet the Union Water Resources minister in April first week to take up the issue, Chief Minister Basavaraj Bommai said.

Speaking to media persons in Hubballi Bommai said, we need to make all efforts to resolve inter-state water disputes at the earliest. As for legal issues involved we should get it resolved through the courts. Greater emphasis would be given for completing the land acquisition process for railway projects.

Planned development of the State

State is again on the path of development after coming out of the Covid shadow. A strong foundation would be laid for planned development of the State, Bommai said.

As announced in the budget, the industrial sector will get a boost. Identification of land and other processes are in full swing to attract investments. Northern Karnataka has been given top priority, Bommai said.

Budget has also provided greater impetus for empowerment of women, orders have been issued for setting up of Agricultural Secondary Directorate, the process for setting up Jayadeva Cardiac Hospital in Hubballi is on, the Deputy Commissioner has been instructed to identify the land for the purpose as soon as possible, construction of Kidwai Cancer hospital in Belagavi would be taken up along with this, Bommai said.