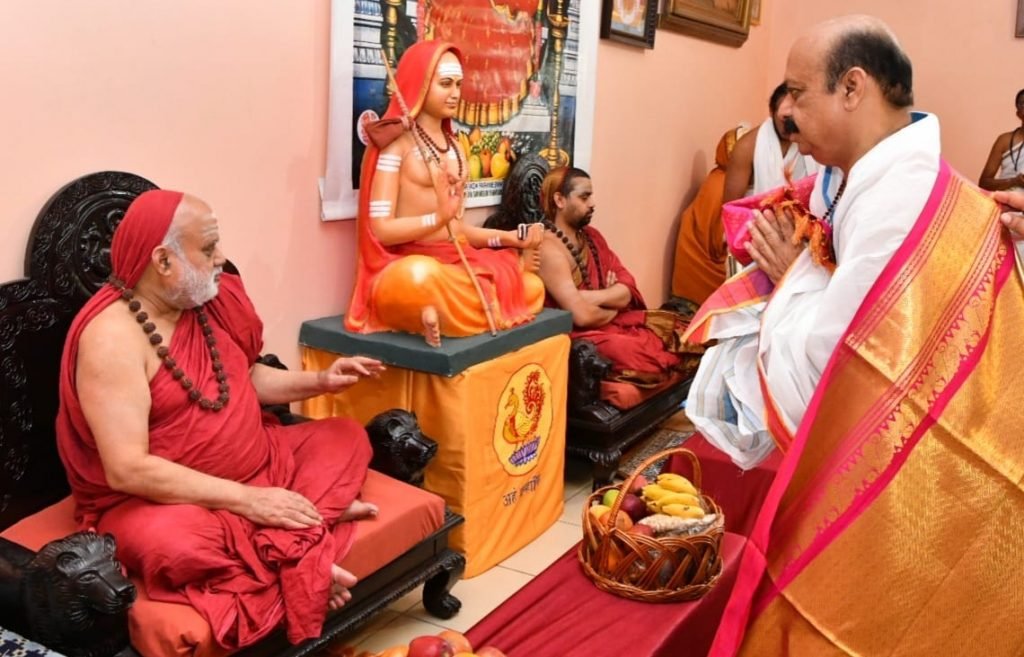 Chikkamagaluru, April 19: Innocents have not been arrested in connection with the violent incidents in Hubballi, Chief Minister Basavaraj Bommai said.

Reacting to a video inciting to kill a Congress leader, which has gone viral, Bommai said, the Police Commissioner would take action.

When asked about opposition leaders accusing him of turning the Rama Rajya into a Ravana Rajya, Bommai said, “they are entitled to have their own interpretations. It is not important as to what the opposition leaders say, it is the opinion of the people that matters.”

Responding to the opposition’s view that the Chief Minister has adopted a soft stand, Bommai said, “we have acted tough on the Hubballi, Shivamogga incidents. FIR has been registered in the Santosh Patil suicide case. Action has been taken in the Dharwad fruit vendor case. There was no delay in any of the cases. Even in the Police Recruitment case we have initiated action. What more do you want?”

“I have come to have a darshan of Sringeri Sharadamba and will pray for the welfare of the State,” he said.