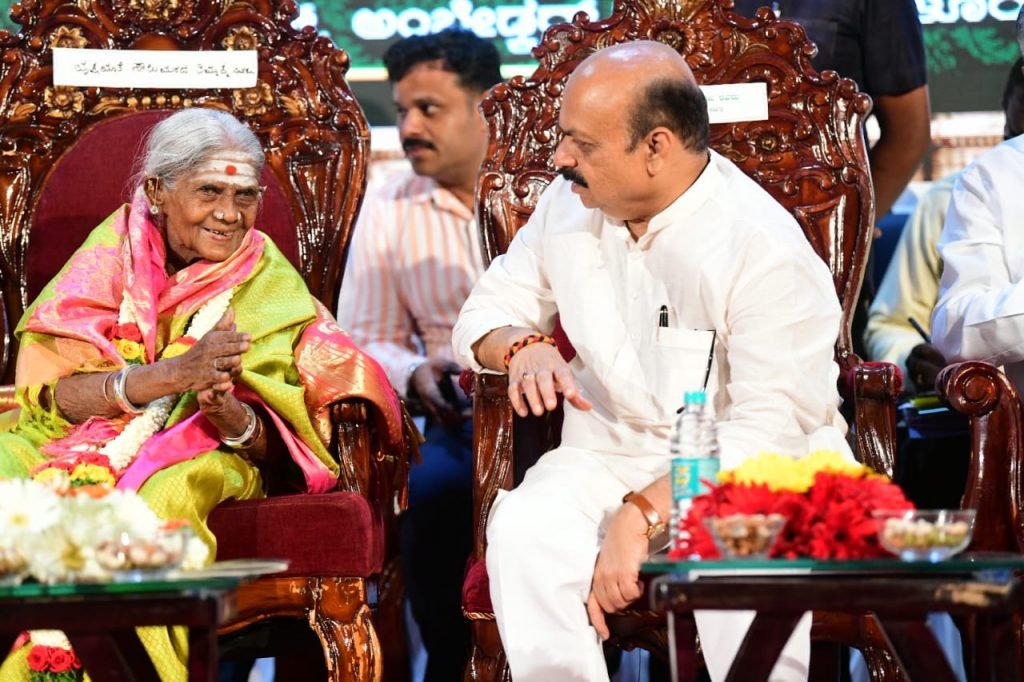 Bengaluru, June 30: Saalumarada Thimmakka would be bestowed the title of ‘Eco Ambassador’ with the status of a minister of state with vehicle and all the facilities to work for the cause of environmental protection, Chief Minister Basavaraj Bommai said.

The Chief Minister was speaking at a function to celebrate the 111th birthday of Saalumarada Thimmakka and present the ‘National Greenery Award-2020’ to Padmashree awardee Thimmakka.

The state government would bear the expenses of Thimmakka if she travels to other states as part of her green endeavor, Bommai said.

The State Information department would develop an exclusive website of Thimmakka and to spread the spirit of her good work to entire country and a web series too would be produced on people who have dedicated their lives for the cause of the environment like Thimmakka, he said.

Government would soon issue the orders for allocation of 10 acres of land near Thimmakka’s native village. The BDA has already gifted a site for her. The State government would even build a house for her on the site, Bommai announced.

Thimmakka is a great inspiration

Saalumarada Thimmakka never expected any rewards for her noble work. The awards and honours are coming after her. She is a great inspirational force. The environment is being polluted and degraded. “We should save the environment to sustain the future generations too, instead of robbing them of the future,” Bommai said.

Referring to his budget, which for the first time in the history has an exclusive Ecological Budget segment with an allocation of Rs100 cr, Bommai said, it would be spent to offset the environmental degradation on an annual basis. “I am ready to grant more funds if needed.”