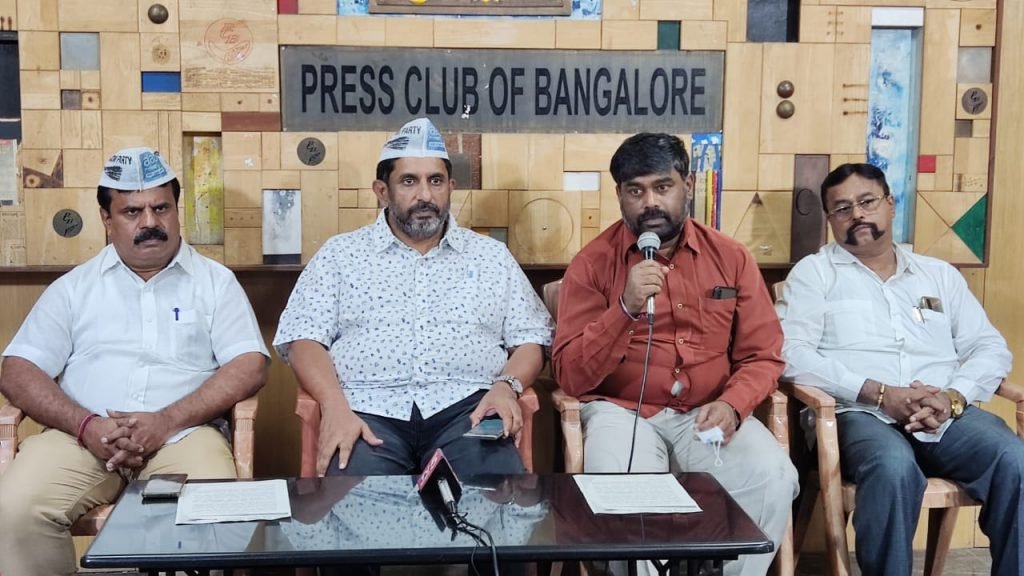 Addressing apress conference at the Press Club, Prithvi Reddy said, “From last couple of months AAP has been highlighting about the 40% corrupt commission business that is happening for tender contracts.

Contractor’s Associations and retired authorities have also been talking about this. For tender value more than Rs. 50 crores, CM Basavaraj Bommai has now formed a committee to investigate into the tenders. He has appointed retired high Court Judge Rathna Prabha as the head of this committee. This shows the dis-trust CM has in his ministers.”

“Forming an investigating committee to keep a check on work and progress is in itself a very shameful situation. Instead the cabinet must be reshuffled by removing the corrupt ministers and including trustworthy and honest ministers.” Prithvi Reddy expresses his anger.

AAP State Media Convenor, Jagadish V Sadam, asked “Why tenders below the value of Rs. 50 Crores do not fall under the purview of the tenders investigating committee? What is the purpose or the intent behind investigating only those tenders whose value is more than Rs. 50 crores? The Government’s decision in this regard indicates that there is scope for corruption in low value tenders.”

AAP Head, Channappa Gowda was present amongst others.