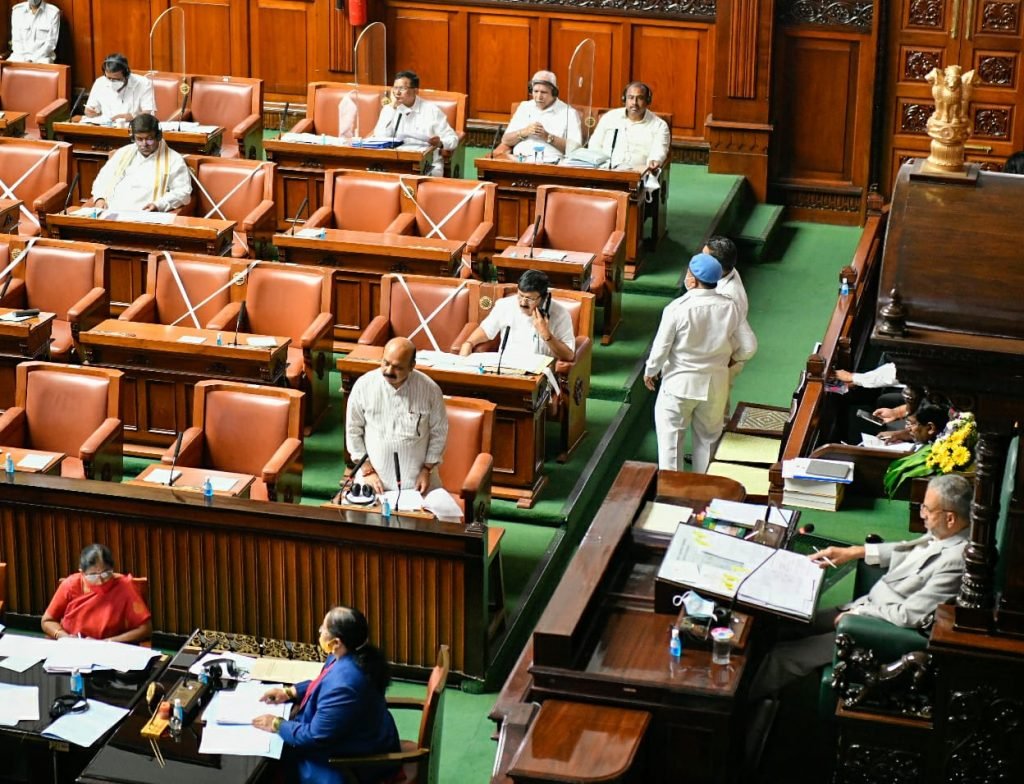 Bengaluru, March 22: Cauvery water issue is being used as a political pawn by Tamil Nadu. They have been politicking in the name of Cauvery since independence, Chief Minister Basavaraj Bommai said.

Speaking to media persons Bommai said, the Cauvery water issue has been resolved by the Cauvery Water Disputes Tribunal and water shares have been allocated. There is Cauvery Water Management Authority for water releases. We have drawn up the Mekedatu project based on the quantum of rains in our basin and utilising it for drinking water purposes. Even then Tamil Nadu is raising objections and filed petitions in the court against the project.

The National Green Tribunal has given its verdict in our favour. But Tamil Nadu has filed a petition in the Supreme Court against the Tribunal order. Tamil Nadu assembly has adopted a resolution against the project after our all party meeting recently decided unanimously to go ahead with the project. The Tamil Nadu resolution has no value and it is not in accordance with the law. It is just a political trick. There are many such resolutions and they do not carry any value, Bommai said.

As decided in the recent all party meeting a Detailed Project Report would be submitted and Environment clearance would be sought from the Centre. We will take all measures to implement the Mekedatu project, Bommai said.

Replying to a question on Shiv Sena leader Sanjay Raut’s statement that Belagavi Files too need to be showcased as many incidents have happened there too, Bommai said, the Belagavi issue has been settled according to the Reorganisation of States in 1956. Kannada speaking regions of Solapur and Akkal Kote are still with Maharashtra. There is no meaning in such talk. They are trying to divert attention from their own problems by raising the Belagavi issue.