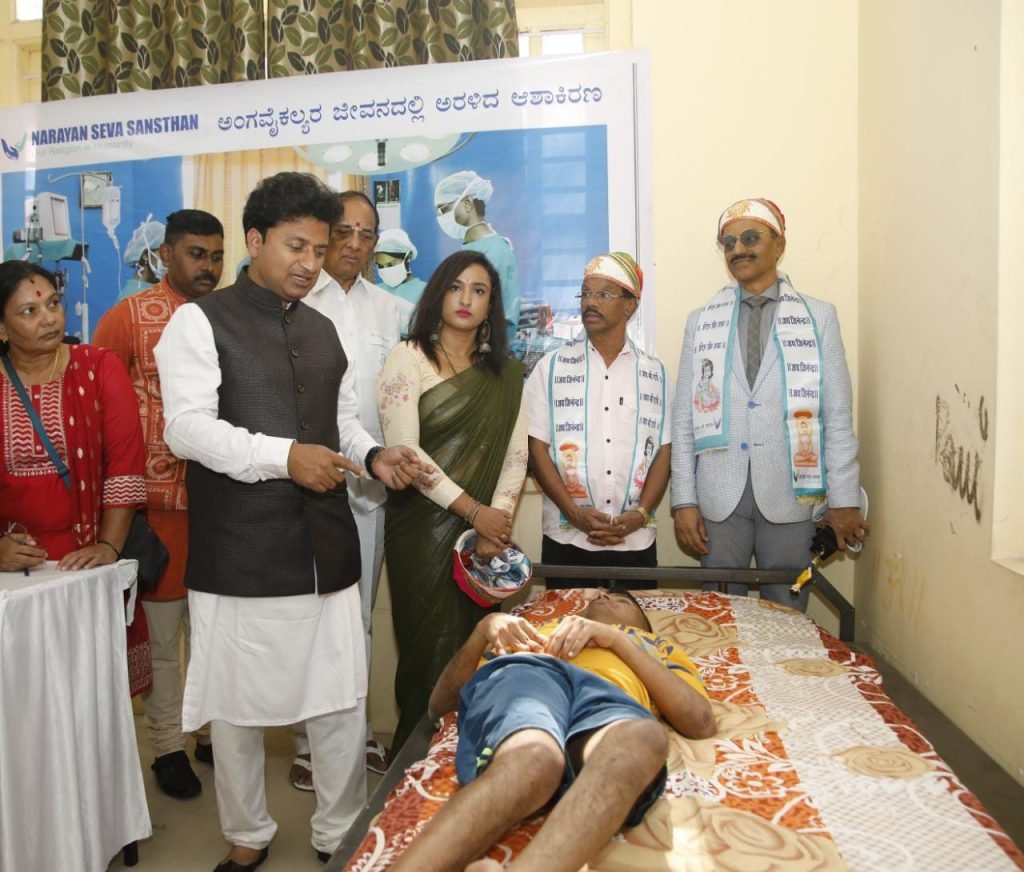 Bangalore, Jan. 9: Of the 1028 persons who registered for artificial limb, 518  people with disabilities had their artificial limb measurements taken at the “Mega Artificial Limb Measurement Camp” culminated today. Historic camp culminated in Bangalore on 8 January.

Prashant Agarwal, President of Narayan Seva Sansthan Udaipur, announced in the camp that we are going to open an Advance Narayan Seva Kendra in Bangalore very soon. Many people with disabilities lack the necessary skills and are unable to live happy lives or obtain work merely because of their impairment. In an effort to aid those in need who are from disadvantaged backgrounds and find it difficult to reach us, Narayan Seva Sansthan has now decided to start this project.

Currently, Sansthan’s main efforts are focused on providing corrective surgery for those with disabilities, distributing artificial limbs, distributing aids and appliances, arranging mass weddings, and skill development for the Specially-abled. The Sansthan has liberated 438000 people from the shackles of disabilities; artificial limbs have been distributed to 31427 people, tricycles to 266873, wheelchairs to 278617, crutches to 303829, calipers to about 370471 free of cost. To help people with disabilities integrate into mainstream society, the NGO arranges Mass weddings twice a year.

So far marriages of 2201 Divyang & impoverished couples have been solemnized with great fanfare. The rehabilitation services provided by Narayan Seva Sansthan serve a large number of differently-abled individuals from various states in India as well as from other countries.

The rehabilitation services provided by Narayan Seva Sansthan serve a large number of differently-abled individuals from various states in India as well as from other countries.

Thousands of Divyangs were screened at  are receiving free medical care and other essential assistance. Similar to that, this camp will keep providing its free services for the underprivileged and differently-abled on January 9.

He has urged more and more people with disabilities to come to the camp on Monday so they can take advantage of the services offered there and escape their miserable lifestyles.

The camp was held at B. Arasoji Rao Charities, RV Road, Near Minerva Circle, Vishweshwarapuram, from 10:00 am to 5:00 pm. The fact that Narayan Seva Sansthan organised the first-ever Grand Artificial Limb Camp in South India in Bangalore for two days is now recognized as historic.