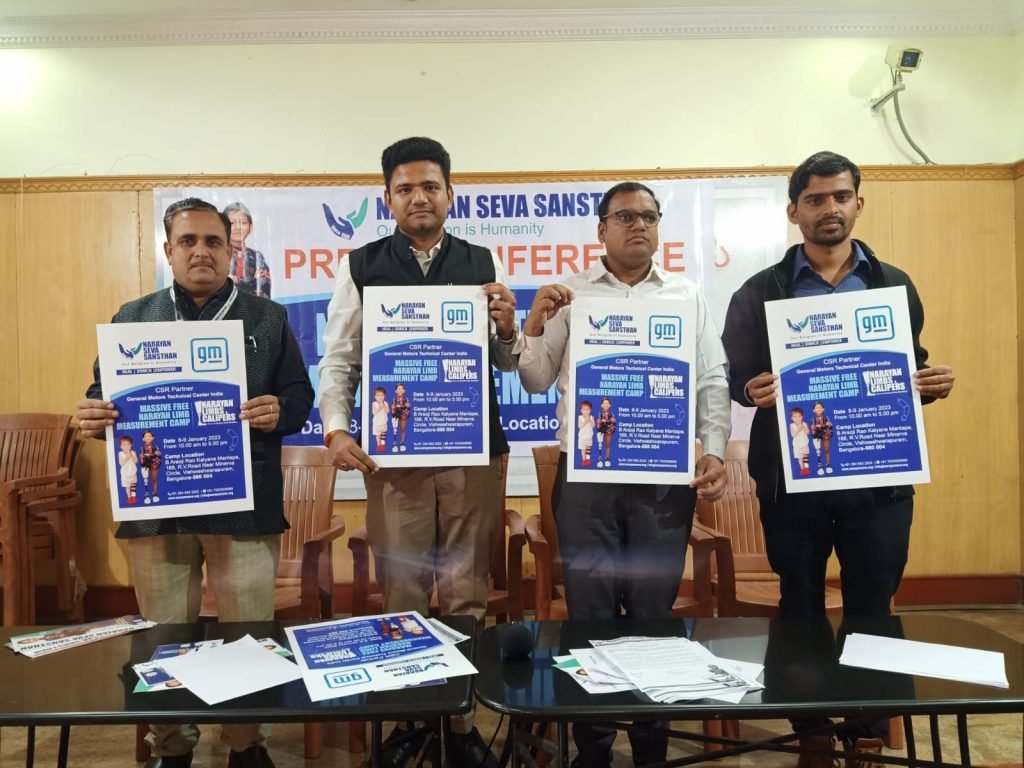 The camp will be organised at B Arasoji Kalyana Mantap, near Minerva Circle, Vishwesharapuram

Bangalore, Jan. 5: The first-ever two-day largest Artificial Limb Camp at Vishveshwarapuram in the city will be organised under the aegis of Narayan Seva Sansthan and General Motors Technical Centre India from January 8th. The camp will be held from 10:00 am to 5:00 pm.

Vinod Jain, Patron, Narayan Seva Sansthan, Bangalore, and Khubilal Menaria, Ashram Incharge who addressed the press conference jointly on Thursday said that the camp will be inaugurated by Members of Parliament Tejasvi Surya and PC Mohan. Thousands of patients who are physically abled can receive free medical treatment and necessary aid from the camp. People who have lost their limbs due to accidents or by birth can make use of the camp.

Those seeking the support of the camp need to come with Aadhar card and physically challenged certificate issued by the government.

A team of qualified medical professionals will attend to the patients and after that, their measurements for new limbs will be taken. Through social media and various other mediums, Narayan Seva Sansthan has so far received more than 400 registrations.

General Motors has tied up with Narayan Seva Sansthan as part of its CSR activity in order to make this event a grand success.

Rajat Gour told that Narayan Seva Sansthan has been conducting charitable work for the past 38 years under the direction of Mr. Kailash “Manav,” the Founder-Chairman of the Sansthan. At present, Mr. Prashant Agarwal, President of the Sansthan, is continuing these noble efforts with the same spirit of service.