India was declared a Republic on 26th January 1950. We have a presidential form of Parliamentary democracy! Today, questions are being asked about the utility and relevance of Parliament. Protests, pandemonium and disruptions of parliamentary proceedings have been the norm in India.

We can see the blurring of the memories of the freedom struggle and its Heroes. Political parties have become personal fiefdoms. Nepotism is rife. There is an intersection between crime, money and politics. India is a story unfulfilled potential, a story of an incomplete democracy and remarkable achievements, yet a story of setbacks.

Mahatma Gandhi is confined to Raj -Ghat! His Ram has found his place in Ayodhya! Ram Rajya can wait!
India is a land of paradoxes. We have a world-conquering IT sector living side by side with corruption. We have the brightest minds in our IITs and IIMs and yet are not able to provide quality basic education to our children! We have some of the richest people on the planet, and we have millions who cannot have two meals a day. The world’s biggest democracy where votes are sold and purchased!

My thesis is that there really are two India’s at work. The first one that is honest, hard-working and proud of our nation. I hate to call it middle-class but essentially that’s what it is! They have the right set of values. This India operates above board – transparent and, by and large, follows the rules of the game.

There is this ‘other’ India —The motive is self-enhancement at all costs. This India believes in subjugation and exploitation by corruption. It perpetuates their financial and political interests. It thrives on the seamy nexus between business and politics and criminals. It does not have a soul.
We are Hindus, Muslims and Christians. Where are the Indians? Muslims in USA, UK and Australia follow National laws of the nation of domicile. But in India they want to follow the laws of Saudi Arabia and oppose anything Indian. They oppose Uniform civil code! The Muslim community has to find good leadership and integrate itself into the Indian society.

Are we good enough for Democracy?
We don’t cast our vote. We vote our caste.
Cash, caste and charisma- win you elections. Still elections are declared Free and fair. Democracy means more than just holding elections. The people are more than just voters. We are corrupt. Votes are sold and purchased. Corrupt leaders, corrupt voters, scams, cash and carry- Is this democracy? This has inherently made this country a hollow dump of false hopes and promises.

Do we really need democracy when we end up with corrupt leaders? Some of the leaders have become billionaires many times over in the service of the people.
The Second Freedom struggle – There are many! 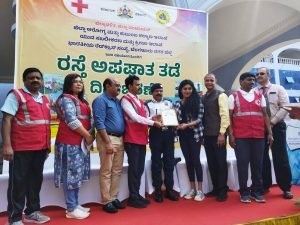 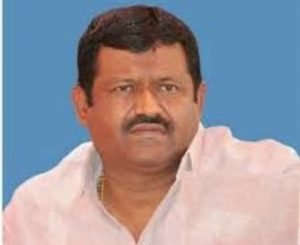 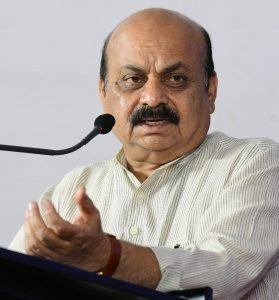 More services to be brought under Gram One Centre, CM Bommai