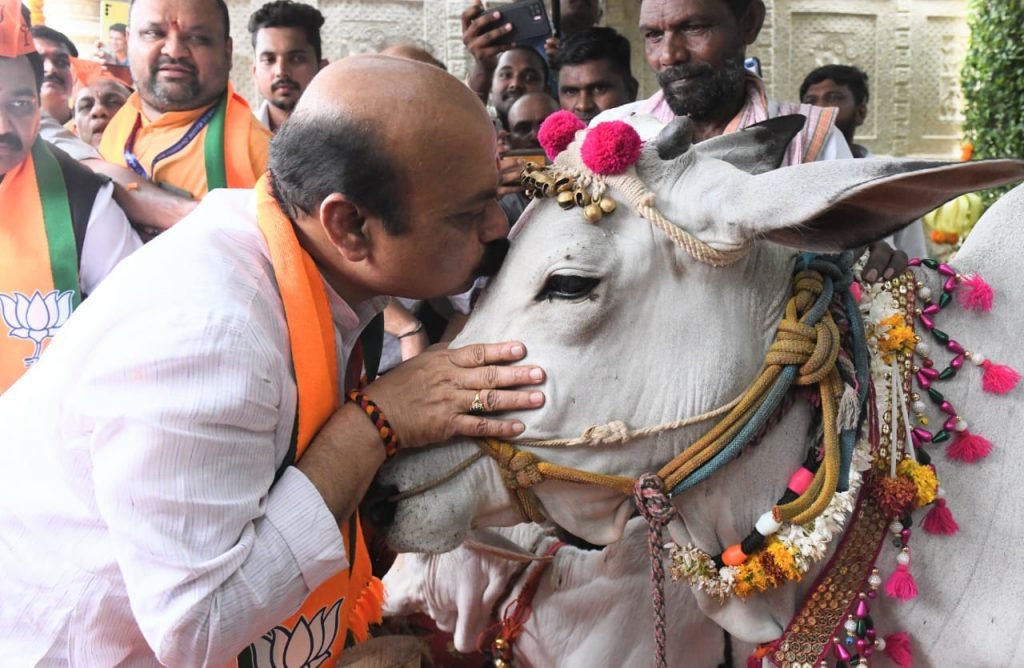 Vijayanagar, April 16: Chief Minister Basavaraj Bommai on Saturday called upon his party rank and file to resolve to work unitedly to write the foreword for BJP’s victory in the next Assembly election.

Addressing the BJP State Executive Meet he said, “let us work unitedly and go on a Victory Yatra. It would be the victory of Karnataka’s poor. It would lead to building New India from New Karnataka. Let us strengthen the hands of our leaders Narendra Modi, Amit Shah and JP Nadda and make Karnataka contribute $1 Trillion to make India a $5 Trillion economy. Let us march with confidence without caring for the rantings of the Opposition.”

Scams of Congress are still alive

Congress would sink without a trace in 2023. What credibility do they have to go to the electorate? Their scams are still alive. Every department reeks of scams perpetrated by them. They have not spared even the bed and pillows in Social Welfare department hostels to make a cut, Bommai said.

“We will have to expose the documents of their shady deals before the people. We should take these scams to the people. Truth will come out of all the scams and the opposition leaders will have to face the truth. They should be ready to face it. Skeletons will tumble out of their cupboards,” Bommai said.

The Chief Minister announced that the party would face the 2023 Assembly election on the development agenda. “We will go with our development report card and seek people’s mandate on a positive agenda. We will take our development works and programmes to every village and showcase our performance to weaker sections, dalits, women and the youth. BJP believes in positive politics and will see the Lotus bloom in the state with the blessings of the people to form the government,” Bommai said.