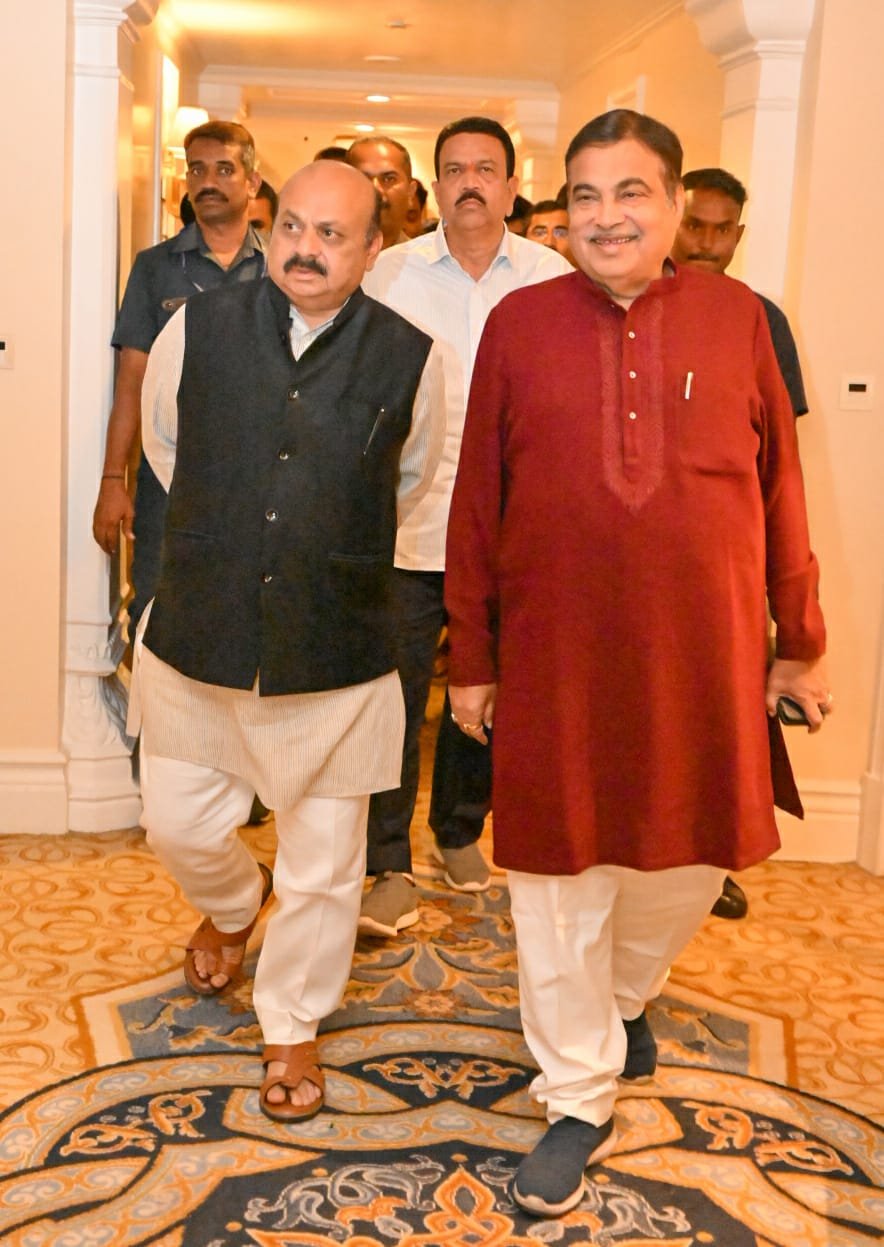 Bengaluru, Jan.06: Union Surface Transport Minister Nitin Gadkari agreed to sanction Rs 1,000 crore towards the construction of Rail Over Bridges/Under Bridges in various towns and cities other than National Highways.

A proposal in this regard will be submitted within a week, said Chief Minister Basavaraj Bommai.

Talking to the media after participating in a review meeting of national highways under the chairmanship of Nitin Gadkari here on Thursday, he said Bengaluru-Mysuru Express Highway will be opened by February end or March. It was also decided to develop Satellite Town Ring Road outside the Bannerghatta National Park. To decongest traffic in Bengaluru City, the minister instructed to construct the flyovers on highways within the city area.

The CM said the meeting also discussed getting a study done by experts on providing last-mile connectivity to travelers from metro stations in Bengaluru City. It was resolved to take up the construction of ring roads in Raichur, Koppal, Yadgir and Shivamogga in the current year.

Asked about 24 hours deadline given by BJP MLA Basangouda Patil Yatnal, the CM said the government has the commitment to the reservation but the action must be taken within the framework of the law. The right step has been taken in this regard. A decision to ensure justice for all the communities will be taken soon.