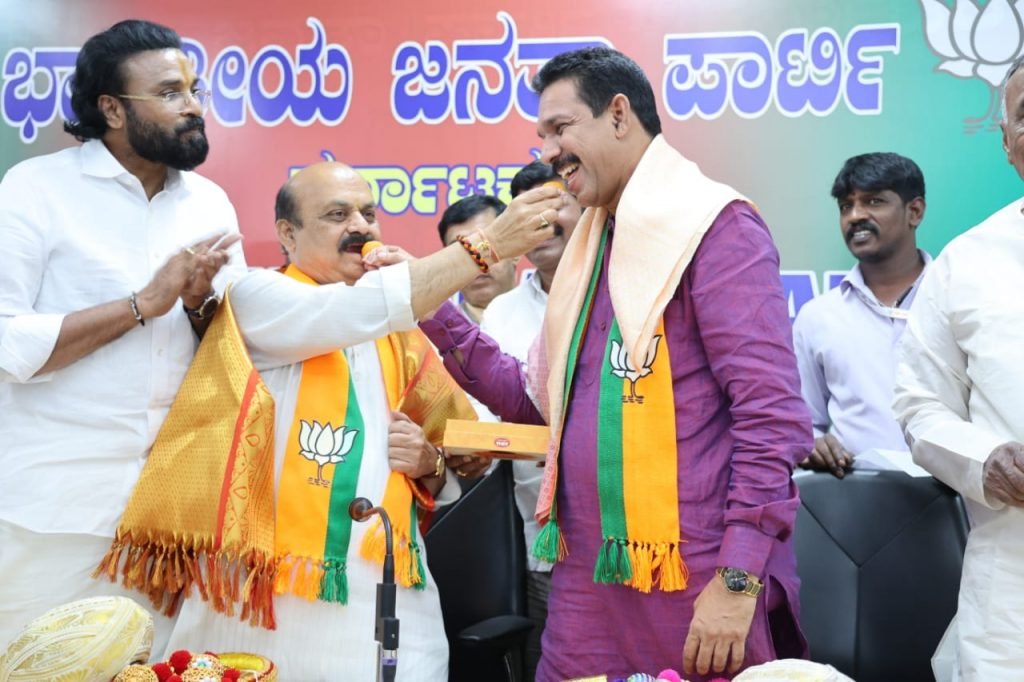 Bengaluru. March 10: In the wake of BJP capturing power in four states out of five where the poll counting was done on March 10, chief minister Basavaraj Bommai said.
BJP will undertake a state tour with senior leader BS Yediyurappa and central leaders to further strengthen the party in every part of the State.

The jubilant Bommai participating in a function to celebrate BJP’s victory in 5 states he says, “We are already on the job.” He called upon the party workers to be ready to work hard to bring BJP to power again.

The time has come to ensure that BJP’s Lotus blooms in the 2023 Assembly elections, Chief Minister Basavaraj Bommai said.

“Our responsibility has increased. We have to work more actively to implement the welfare programmes announced in the State budget. I have already instructed the officials to prepare the files before the end of this month and get the work orders issued before the month of April.

Implementation of all the programmes will be started without any delay and it is our responsibility to reach them to the common man,” Bommai said.

Bommai asked the party workers to take up publicity of the welfare programmes at booth level and help the people to avail the benefit of these programmes. “We have resolved to see the Lotus bloom and win the 2023 Assembly election by winning the hearts of the people through the public welfare programmes of our government and organisational strength of the BJP. We have taken a pledge to build a prosperous state by returning to power for the next 5 years.

Congress will sink in Karnataka

Congress is offering Fridge, TV and other inducements for its party workers who enroll new members for the party in Siddaramaiah’s constituency of Badami. Congressmen are accustomed to give and take. Nothing works without that. They will grab 10 times more than what they offer now. They have reached such a sorry state, Bommai said.