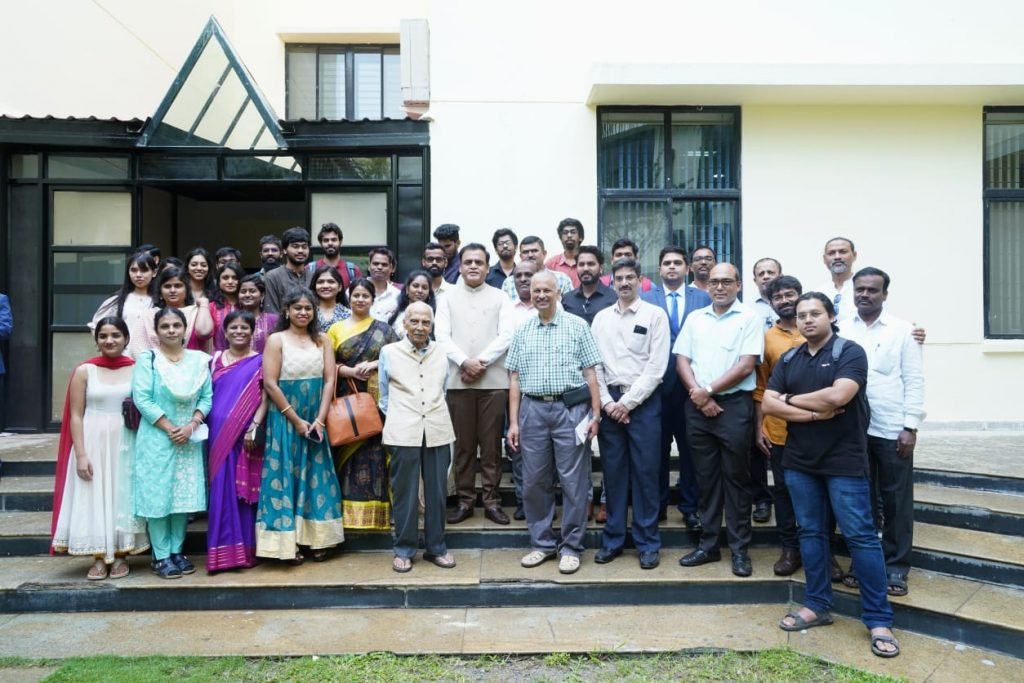 Bengaluru, July 4: The foundation stone was laid on Monday for the Anti-Venom Research and Development Centre (AVRDC) building which would be built at a cost of Rs. 7 crores.

The centre would start functioning at IBAB (Institute of Bioinformatics and Applied Biotechnology), “Bengaluru Helix Biotech Park’ located in Electronics city in the next 5 years.

Speaking on the occasion, Dr C.N.Ashwath Narayan, Minister for IT/BT and S&T, who laid the foundation stone, said, India is considered the global capital for snakebites, causing 58,000 deaths and 137,000 disabilities annually. He expressed confidence, that the centre would contribute to reducing the number of deaths due to snake bites to which farmers are the majority of victims in the country.

Further, Minister explained, “One of the major limitations of pursuing snake venom research in India is the lack of accessibility to venoms. Owing to this, a vast knowledge gap exists in the field of snake venom research in the country. This AVRDC would be established as a collaborative initiative between KITS (Karnataka Innovative & Technological Society) of Department of IT/BT, IBAB (Institute of Bioinformatics & Applied Biotechnology) and the Evolutionary Venomics Lab, Centre for Ecological Sciences, Indian Institute of Science, Bangalore, will facilitate overcome these limitations.”

“This will be a first of its kind state-of-the-art centre for snakebite research in India, will house about 500 numbers of snakes belonging to about 23 species of snakes and other venomous animals like scorpions, spiders etc. from the Indian subcontinent. It will also house a research facility and incubation centre for start-ups interested in pursuing biodiscovery research on venoms”, Minister Narayan stated.

The centre will come up on a total built-up area of about16,000sqft and will have a serpentarium, venom extraction observatory, research lab, incubation facility and digital library.

Claiming, It would pave way for strategic academia-industry collaborations for the development of regional anti-venoms tailored exclusively for Karnataka, Minister added that AVRDC would foster the development of better therapeutics to reduce snakebite fatalities.

Saying, the centre will play a major role in developing advanced biotechnological snakebite interventions and bio-discovery research from venoms, Dr Karthik Sunagar of IISc added this will also provide various services for the manufacture of the life-saving anti-venoms.

“The objective of the centre is also to pursue research towards the development of a broadly efficacious next-generation anti-venom therapy. The centre will also assist commercial Indian anti-venom manufacturers in efficacy testing of venom and anti-venom products, as well as in advancing the effectiveness of conventional anti-venoms,” Karthik added.

In addition, it is expected that AVRDC will assist Forest Department with wildlife forensic research, biotechnological innovations, snakebite education and outreach, and support entrepreneurship in the concerned domain.