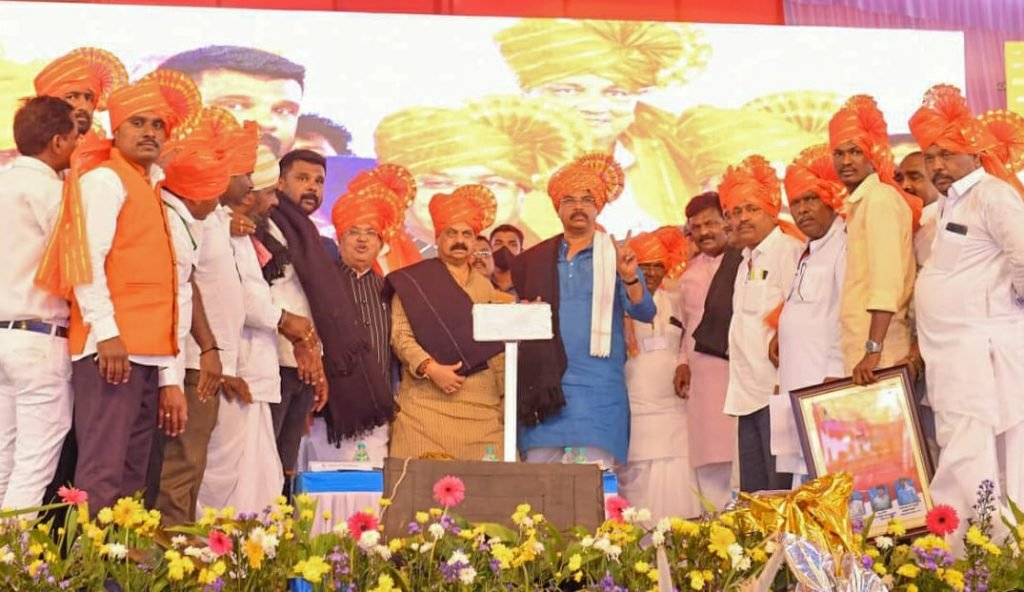 The Chief Minister in his address after launching a slew of development works at Devatkal village in Surapur Taluk of Yadagiri District said, Irrigation projects which would benefit Yadagiri and Vijayapura districts would be taken up. Irrigation facility would be provided for 44,000 acres in Yadagiri through Narayanapura, Bunala and other projects. It has been made possible by intense efforts of local MLA Raju Gowda.

Various programmes and projects have been announced in the recent budget for the all round development of Yadagiri district which include an Ayush Hospital, Yadagiri bypass road, grants for Gadagavadi Railway project, a Food Park and Pharmaceutical Park, Bommai said.

The Chief Minister announced a special grant of Rs.1 cr as a mark of Revenue minister R Ashok’s Grama Vastavya(Village Stay) here. He assured grants for Grama Vastavya villages for their all round development.

Ours is a pro-farmer government with programmes to provide farm loans for 33 lakh farmers, Raitha Shakthi to bear their cost of petrol and diesel for their machinery, grant of Rs.300 cr for Yashasvini programme to provide health cover for farmers, Upper Krishna, Mahadayi, Tungabhadra,Mekedatu and other major irrigation projects would be taken up, he said.