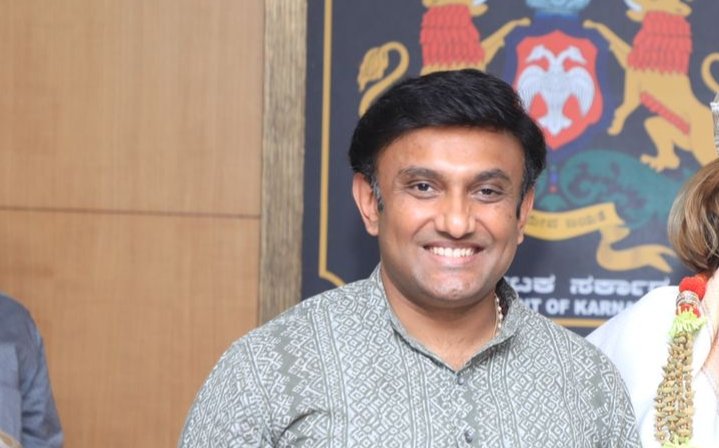 Congress is misusing contractors association president to malign government, will file defamation case against him; urge CM to blacklist such contractors

Chikkaballapur, April 13: Congress is trying to politicise the unfortunate death of contractor Santosh and malign the image of government and ministers. The President of Contractors association Kempanna is being misused by Congress to defame govt. Ministers will not be intimidated by such baseless allegations, said Minister Dr.K.Sudhakar.

Speaking to media in Chikkaballapur Dr.Sudhakar said, “Our govt is deeply pained and concerned by the unfortunate death of contractor. But it is unfair to seek minister’s resignation before investigation. Congress should not try to politicise the issue, he said.

We cannot completely rely on an anonymous message or baseless complaint. We should not malign the image of anyone when there is no investigation. Our government is conducting very transparently and Congress is trying to defame the government. Congress party is the mother of corruption in our country and Congress leaders are forefathers of corruption, minister said.

Prime Minister Narendra Modi has set a benchmark by running a corruption-free government in last 7 years. There is not even single allegation against the govt. PM Modi has created a model as to how a public representative should work and conduct himself/herself in a democracy. All parties should come together to find a solution to eliminate corruption, which is the need of the hour, Dr.Sudhakar said.

Let the truth come out in investigation

CM has already said that there is will be a transparent investigation and action will be taken based on the investigation report. DySP Ganapati case that happened during Congress government and this case are entirely different. We need to see the veracity of WhatsApp message which will come out in investigation. But one thing is clear that Congress is trying to defame minister by misusing this unfortunate incident, he said.

President of Contractors Association Kempanna is in a responsible position. He must have proper evidence, documents before he makes allegations against government. All his allegations are baseless and I urge CM to take action against him and blacklist him. I will also personally file a defamation case against him. It is unfortunate that Congress is piggybacking on such people for its politics.
Congress must be ashamed. He has alleged that all MLAs are involved in corruption, doesn’t that mean that even Congress MLAs are corrupt? Dr.Sudhakar questioned.

Government will investigate this case in a transparent and impartial manner. Govt has no intention to protect anyone. But if we seek resignation of ministers based on such baseless allegations, it will set a bad precedent, he said.

We need to investigate corruption and file chargesheet against all ministers during previous Congress government. This incident has maligned the image of our state and govt. I will request CM in this regard, Minister said.

Congress is dreaming of coming to power in next elections. If Congress continues making such baseless allegations we will fight it legally. Contractors are behaving like puppets of Congress, minister said.