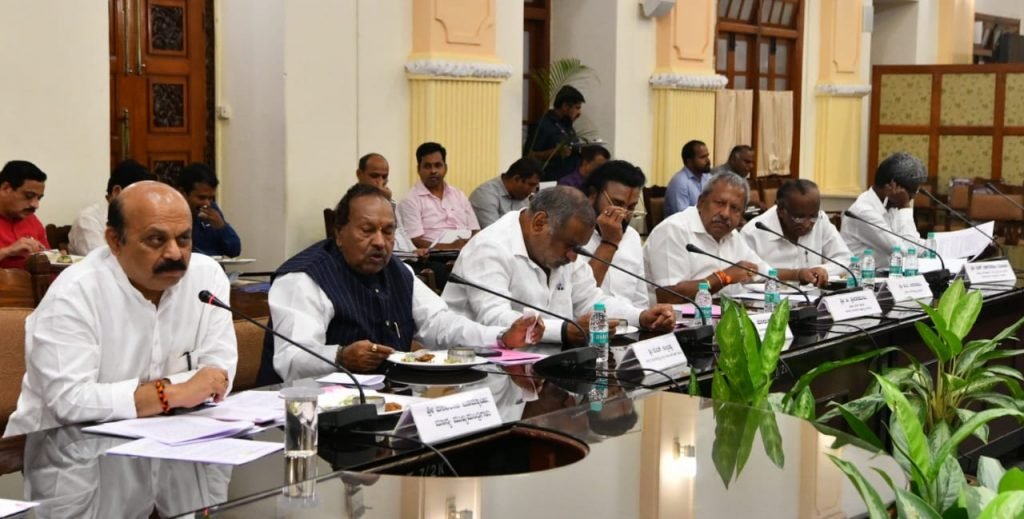 Election for local bodies after providing reservation for Backward Classes

Speaking to media persons after chairing the all party meeting to discuss making provision for reservation for Backward Classes in elections for urban and rural local bodies, Bommai said, political backwardness of backward classes should be identified. A Commission would have to be constituted for the purpose. Appropriate measures would be taken in the backdrop of the recent Supreme Court order, Bommai said.

The Supreme Court in its recent order has quashed the 27% quota for OBCs in local body elections.

A meeting would again be convened by the end of this month and a final decision would be taken in this regard in the presence of leaders of the opposition, Bommai said.

“At today’s meeting we discussed in detail possible measures to provide reservation for Backward Classes and how to conduct the elections in the backdrop of the SC order. The Advocate General explained the legal aspects,” Bommai said.

We have the options of conducting elections after constituting a Commission and getting its report or to file a review petition in the Supreme Court. But it is impossible to hold elections without reservation for Backward Classes, Bommai said.

The meeting also discussed increasing the reservation for STs to 7.5% in accordance with the demand of the community. Their population too has increased. The previous government had constituted the Justice Nagamohan Das Commission in this regard. The Commission has submitted its report to the previous BS Yediyurappa’s government. The Commission has recommended increasing the SC, ST reservation quota. We have to make a decision accordingly, Bommai said.

“We have decided to deliver social justice for these communities by increasing their reservation quota in the backdrop of Justice Nagamohan Das report, judgements in Maharashtra’s Jayashree Patil case, Indira Sahney case and also getting an interim report from Justice Subash Adi,” Bommai said.

If reservation has to be provided, it has to be in accordance with the Constitutional provisions and Supreme Court order. The Advocate General has been asked to submit a report in this regard. The report would be placed before the next all party meeting and their consent would be obtained, Bommai said.

There is demand from the Kuruba community which belongs to Category 2A for inclusion into the ST list, some of the 3B Category communities want to be included into 2A Category. In this regard we have to move step by step. There is also the issue of a 50% ceiling on quota, whether we should cross it and how to go about it legally, Bommai said.