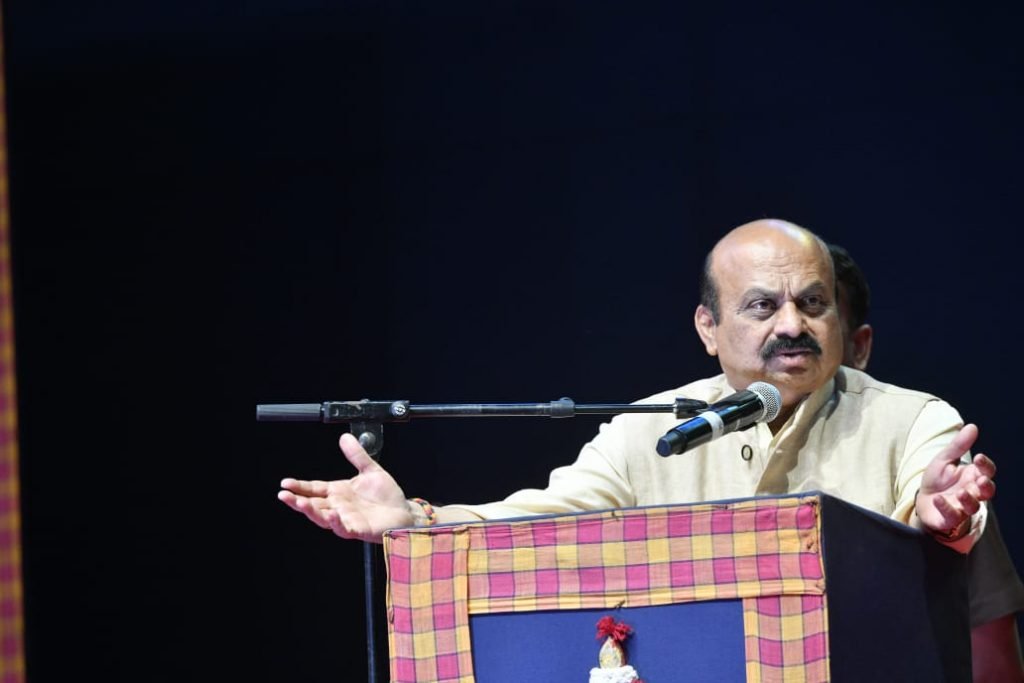 Bengaluru, Dec.25: In post-independence, any prime minister who enjoys the title of ‘Ajatashastru’ is none other than Atal Behari Vajpayee, said Chief Minister Basavaraj Bommai.

Speaking after unveiling the bronze statue of former PM Atal Behari Vajpayee and inaugurating the park here on Sunday, he said Vajpayee was an able Prime Minister as he had the qualities of loving, respecting, and taking everybody into confidence, and took the nation on the path of progress. His era was totally different because he was running a coalition government with as many as 26 parties.

The same person, when he did not have a sufficient number of seats to form the government, went before the people to seek a fresh mandate. “A lot of development works took place during his five years of governance and laid the foundation for the New India. The Pokhran Nuclear test was conducted to increase self-confidence. He brought comprehensive changes in education and did a revolution in the field of education through Sarva Shikshan Abhiyan. The incumbent government is functioning on the path shown by him”.

Bommai said while former PM Lal Bahadur Shastri gave the slogans ‘Jai Jawan’, and ‘Jai Kisan’, Vajpayee added ‘Jai Vigyan’ to make his dream of New India a reality. He understood the importance of science and formulated IT/BT policies for the promotion of IT/BT industries. Today, if Bengaluru has grown so much, it was due to Software Park built during the Vajpayee Government. “His politics, words, and thinking for the growth of democracy, will remain indelible in Indian history. Vajpayee’s ideology is a guiding spirit for us. We are treading the path shown by him. It is a nice gesture that a statue of Vajpayee was unveiled on his birth anniversary”.
Revenue Minister R. Ashok, MPs P.C. Mohan and Tejaswi Surya, BBMP Administrator Rakesh Singh, Chief Commissioner Tushar Girinath, and Zonal Commissioner Jairam Raipur were present.