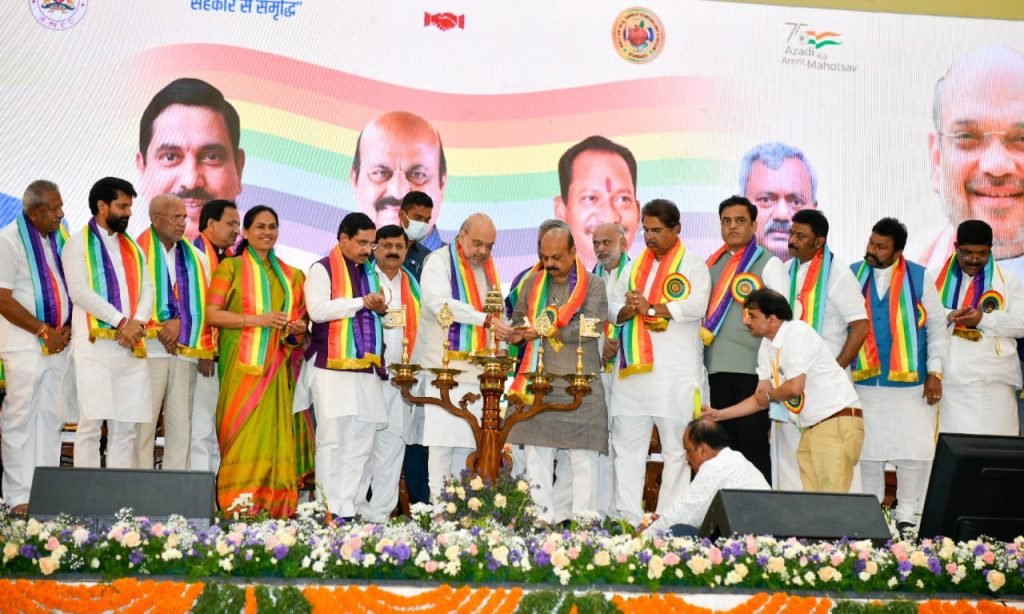 Karnataka is the only state to establish an exclusive cooperative bank for the milk producers: Union minister for Cooperation Amit Shah

“Karnataka is the only state in the country to set up an exclusive bank for the milk producers,” Shah said lauding the progressive development works formulated by the Bommai government.

Shah in his address after launching the Logo of the cooperative bank said, “Karnataka’s cooperative movement is among the most successful ones in the country.

The setting up of the Ksheera Samridhi Bank would boost rural development. Farmers would be made Atmanirbhar through distribution of credit cards for milk producers. Cooperative sector would be strengthened in every village of the State, Shah said.