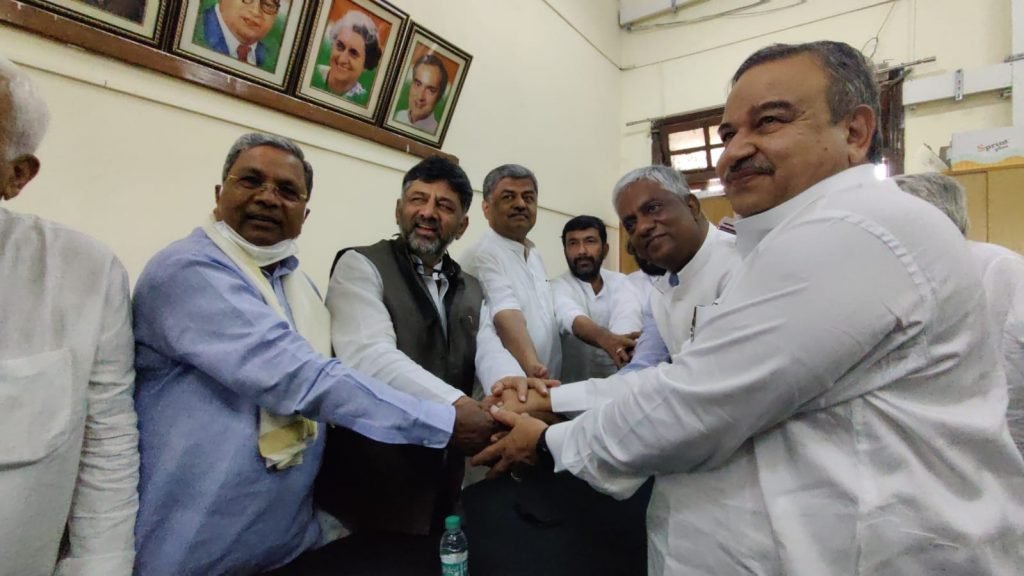 Bengaluru, May 2: Legislative Council secretary and returning officer MK Vishalakshi on Friday announced that all the seven candidates in the fray for the biennial election to Karnataka Legislative Council, scheduled on June 3, were declared as elected unopposed.

They were slated to be elected by the Members of Legislative Assembly (MLAs).

May 24 was the last to file nominations and May 25 the filed nominations were verified. The last day for withdrawal of nomination was June 27. Only seven members were in the fray for seven legislative council seats and hence they were declared elected unopposed.

With this declaration, BJP to gained majority in the Upper House as four out of the seven new members are from the ruling party, two from Congress and one for JD(S).

The election was necessitated as the term of office of seven members expires on June 14. The seats will be falling vacant due to the retirement of MLCs – Laxman Savadi and Lahar Singh of BJP; Ramappa Timmapur, Allum Veerabhadrappa, Veena Achaiah S of Congress; and H M Ramesha Gowda and Narayana Swamy K V of JD(S).