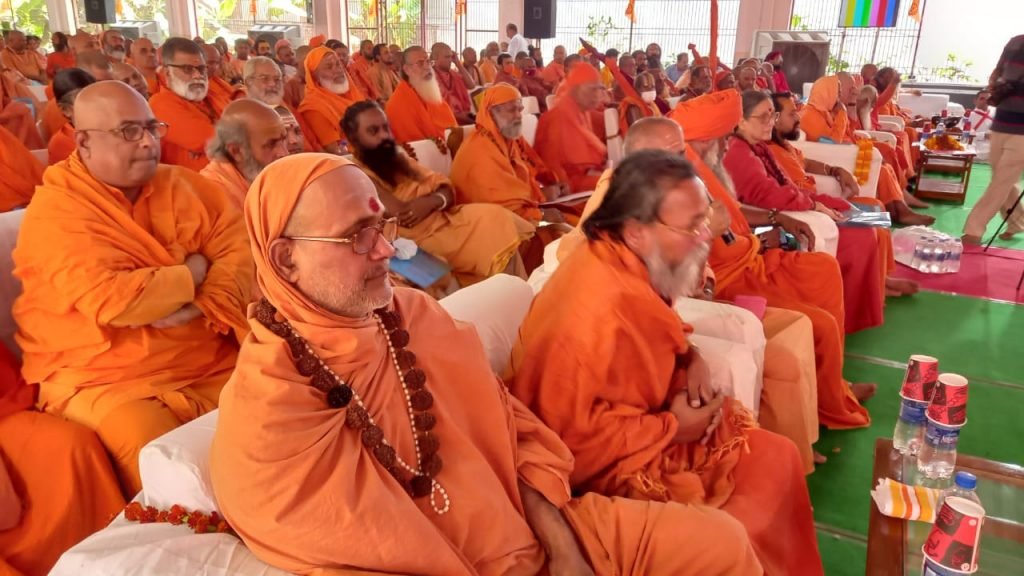 Conference under the leadership of Vedanta Bharati Shankara Swamiji

Representatives of advaita principles, preachers, swamijis, pontiffs and various religious leaders took part on the conference. The conference is being held at Sri Sringeri muth in Mahamoor Ganj at Kashi.

Some of the issues discussed were how to spread the non duality, preachings and writings of Sri Shankaracharya. How to coordinate for the proposed construction of dhyana mandir, research centre. Srinheri pontiff also sent his video mesaage.