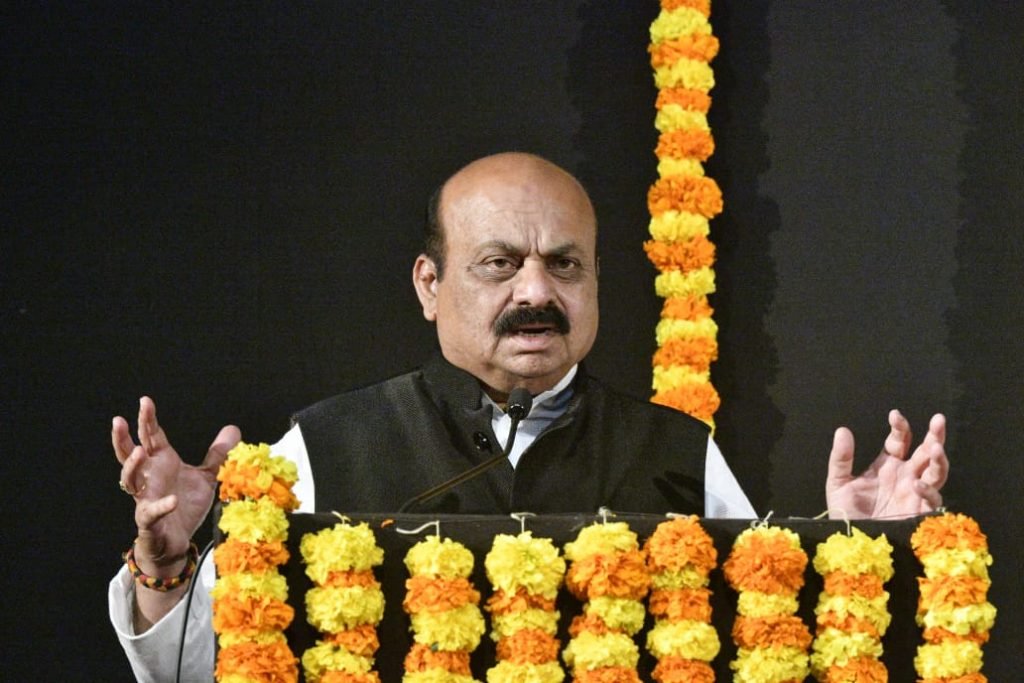 Life of the seer must inspire the present society, opines CM Bommai

Chief Minister Basavaraj Bommai said a film on the life, ideology and principle of the Hangal Sri Kumara Shivayogi swamiji must inspire the present society and the generation.

Speaking after releasing an audio CD and trailer of “Viratapura Viragi’ based on the life of Hangal Sri Kumara Shivayogi Swamiji here on Tuesday, he said Sri Kumara Shivayogi was a great achiever and he gave a new look to the 12th century old social revolution at a time when it was slowly shading away. The seer had upheld the veerashaiva/lingayat community. The Shivayogi Mandir established by him has been a centre of spirituality and such a center cannot be seen elsewhere. The Mandira has preserved the culture, heritage and samskara and the kudos to the seer for building such a center.

Bommai said the former CM, B.S.Yediyurappa had donated generously for the revival of Shivayogi Mandira. The veerashaiva/lingayat community community has been very progressive and this community is so dynamic to accept everything as per the present time. Since the community is active, there will be no threat to the society. Hangal Sri Kumaraswamiji started Akhila Bharatha Veerashaiva Mahasabha and served as its first president. He started several educational institutions in rural areas to give importance to education.

Bommai said the mutts have played an important role in the improvement of the education field in the state and they did the job of government by building the educational institutions and the hostels. From Nipani in Belagavi till Kollegal and from Bidar to Kollegal, the veerashaiva mutts are offering three dasoha in all the villages along with spreading spiritualism. A movie on the life of noted industrialist, Vijay Sankeshwar has been released. Sankeshwar has rightly said the success is not for himself but it must inspire the society.