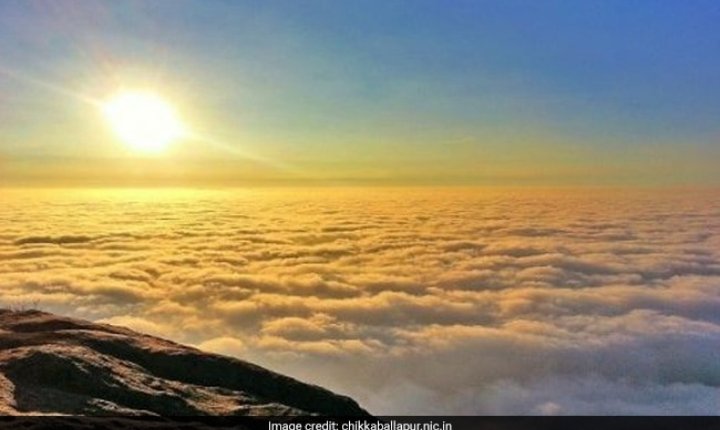 No proper reason for restricting entry.

Tourists to take up social media campaign against this

Bengaluru, March 20: Nandi Hills is the go-to place for weekend getaways, especially for nature lovers, bicycle, bike and bullet aficionados. But these nature lovers and bikers were in for a rude shock as they (nearly 500 visitors) were denied entry to the Nandi Hills today (Sunday).

Nandi Hills, one of the favourite getaways not only for Bengalureans but also from neighbouring districts and Hyderabad.

Speaking to Bengaluru Express an IT professional Gautam Mishra said that the Chikkaballapura administration has been giving evasive answers for not allowing the nature lovers to the Nandi Hills. Nandi Hills being the weekend hotspot the administration must focus on improving the tourism potential it has.

Instead, public are stopped by erecting barricades and posting policemen to intimidate people. Weekend is the time when people go out to destress and to saviour the glimpse of beautiful view of sunrise.

The top sightseeing places, Tipu’s Drop, Tipu’s Summer Residence, Cycling/Biking, Bhoga Nandeeshwara Temple, Amrita Sarovar. Such being the case an eco-system should be created to develop Nandi Hills into a super tourism spot.

If at all the district administration feels that it cannot control the crowd it should plan for online or offline booking. Necessary arrangements can be made for parking facility. This helps avoid crowding and promote tourism too. Why should the authorities prolong such measures and inconvenience tourists, questioned Mishra.

Nandi Hills is open during weekends when hardly any tourists drop in. It the Nandi hills allowed to benefit officials, he questioned.

Even after strong protest and dharna visitor vehicles were not allowed to enter. However, about 200 people went trekking.

“We will carryout social media campaigns until we get justice. Let the administration bring in some measure without losing long time,” Mishra demanded.

District minister and Health minister K Sudhakar and Chikkaballapur DC R. Latha were not available to divulge the information despite repeated calls and messages.