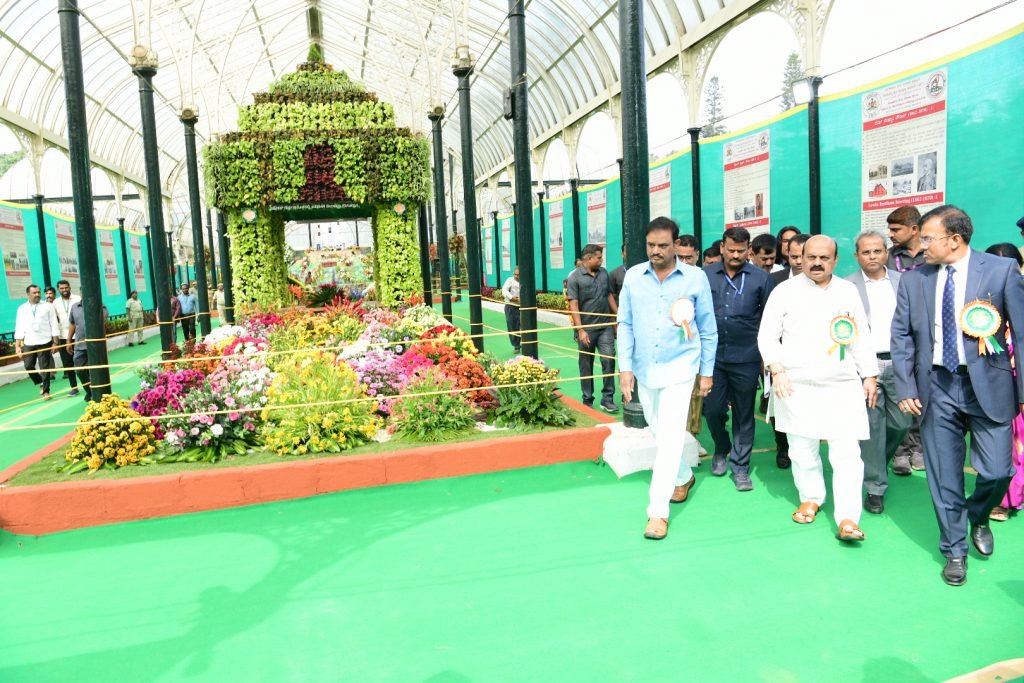 Bengaluru, Jan. 20: Bengaluru is popularly known as garden City but now that name has taken a back seat and all efforts will be made to bring back the glory of yester years, said Chief Minister Basavaraj Bommai.

Speaking after inaugurating Republuc Day Flower show-2023 on the theme of Bengaluru City History at Lalbagh Glass house here on Friday, he said necessary steps will be initiated to protect the name of garden City permanently by keeping Lalbagh, Cubbon Park and other parks which are under the control of BBMP, create new gardens on the city outskirts and grow more trees.

He said the 213st edition of the flower show was opened and it’s very popular. Lakhs of people visit the show every year and this year around 10 lakh to 15 lakh people are expected to visit for which the department of Horticulture has made all Tye arrangements. The flower show is liked by all as it will show the extent of the growth of green wealth. The government’s endeavour is to increase the green wealth and the extension of the green cover.

The CM said the green budget was presented and Rs 100 crore has been earmarked for the extension of the green cover. It is being implemented also. For the first time the state government has taken up the task for greening the hilly region to maintain balance in nature. Along with it even the horticulture must also extend.

Horticulture is there everywhere starting from Lal Bagh and special plans are being formulated in this regard. Along with the extension of the green cover, its production and productivity will also increase. The government is into the work of extending horticulture along with the growth of farm.

Horticulture Minister Muniratna, MLC T.A.Saravana and others were present.

Life and death? What happens in between?