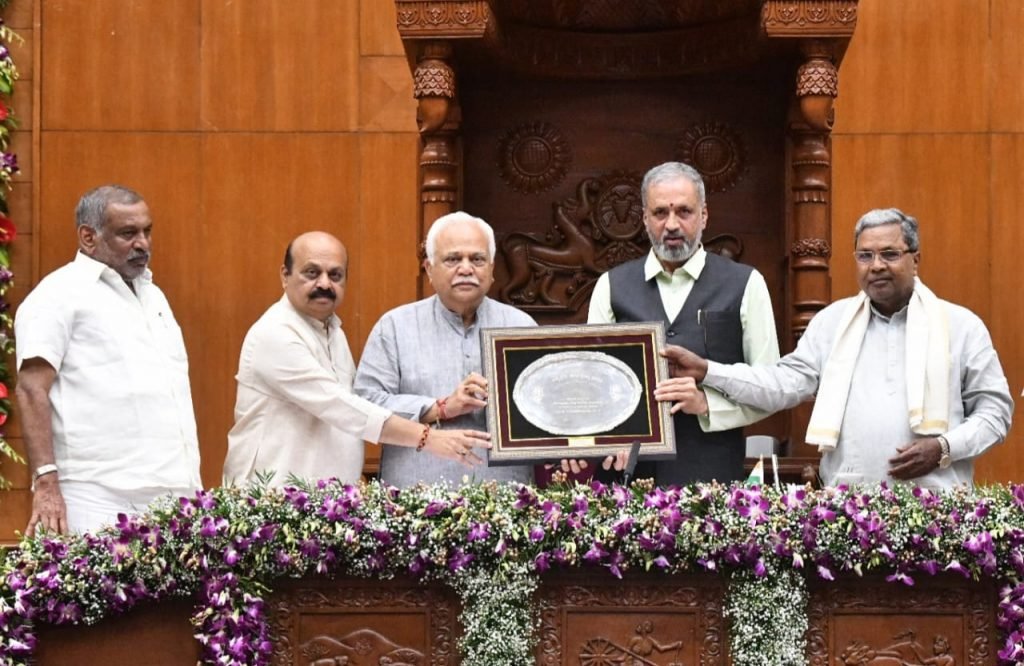 Belagavi, Dec.28: Chief Minister Basavaraj Bommai has complimented the Haliyal Congress MLA R.V.Deshpande for his valuable contributions as Industries Minister for a decade which has helped the state to make a mark in the development of industries.

Speaking after presenting him the best MLA award for 2022 in the ongoing session of the State Legislative Assembly here on Wednesday, he said Deshpande has played an important role in formulating the industrial policy for industrialisation of Karnataka. Having a progressive outlook, he has made honest efforts to make the state take benefits from the changing national and international economy, liberalisation, privatisation and globalisation. Besides, played a pivotal role in bringing the Toyota company to Karnataka.

Value of the award increases

The CM said Deshpande is a senior member and a guide and presenting him with the award has increased its value of it. He is blessed with the skills of managing the proceedings of the lower house at a high level due to which he has been getting elected to the Assembly for the last 8 times. The members must be complimented for selecting the most deserving person for the award.

Bommai said he has old memories with Deshpande who is known for his simplicity and concern for the state and the country. As APMC director in 1980, he led a team to meet the former CM S.R.Bommai, and later he became APMC Chairman and then got elected as MLA from Haliyal in 1983. He has experience working as a minister under various chief ministers. Deshpande has a close relationship with both ruling and opposition members.