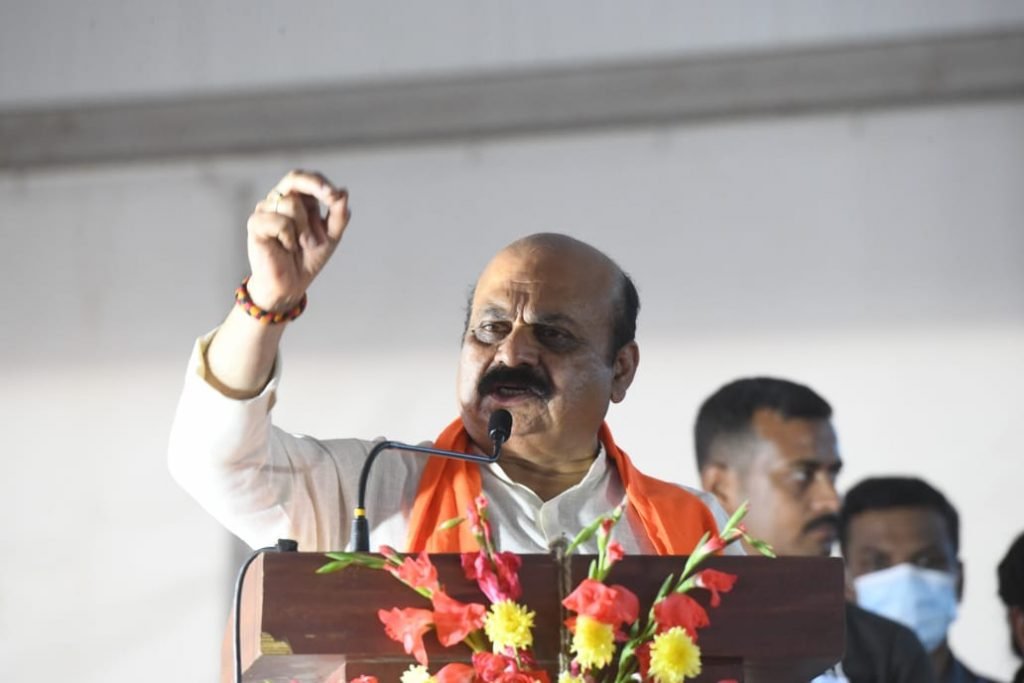 Bengaluru, Oct.4: Chief Minister Basavaraj Bommai said no one will pardon if someone does politics in the nation’s safety and security. The countrymen are watching some political parties which are indirectly, and some indirectly supporting anti-national elements.

Speaking at Dasara festival organised at Gosai Mutt in Basavanagudi in the city on Sunday, he said politics is done even in the country’s security and the people are aware of the fact that with these kind of people how it is possible to ensure the security of the nation.

The citizens are ready to give away anything but not the motherland. Need of the hour was to launch an agitation as done by Shivaji Maharaj to save the nation. To that pedigree the Gosai clan people belonged to. The pedigree of the Gosai Mutt has been the best pedigree in the country and it has the blessings of Bhavani Matha. Shivaji Maharaj had extended his kingdom from the Vindhyas till Kanyakumari but still he had given preference to local leaders. The great Maratha warrior had shown that self-confidence is more important than the population in the kingdom and that made him face the big Mughal Empire.

Bommai said hitherto, the kingdom would be calculated in terms of the number of soldiers and that was taken advantage by foreign invaders. They brought in their small army among the big empires and later they established their own empire. Though they had everything but still lacked the good administrators who would be aware of these facts. However, when Shivaji Maharaj introduced different techniques in war everybody became aware and the credit of making people understand their strength goes to him. Shivaji would always work with a definite aim and target. “Feel proud that you belonged to the great Maratha pedigree. Prime Minister Narendra Modi is running the government in democracy on the ideals of Shivaji Maharaj”.

The CM warned that in the name of language or rationality some divisive forces are trying to divide the nation but such attempts are foiled by the Central Government, Prime Minister Narendra Modi and Union Home Minister Amit Shah. The country has an able leadership which has an absolute control over terrorism in the country. Modi is giving such good governance that every Indian is feeling proud. This feeling is very important, he added.