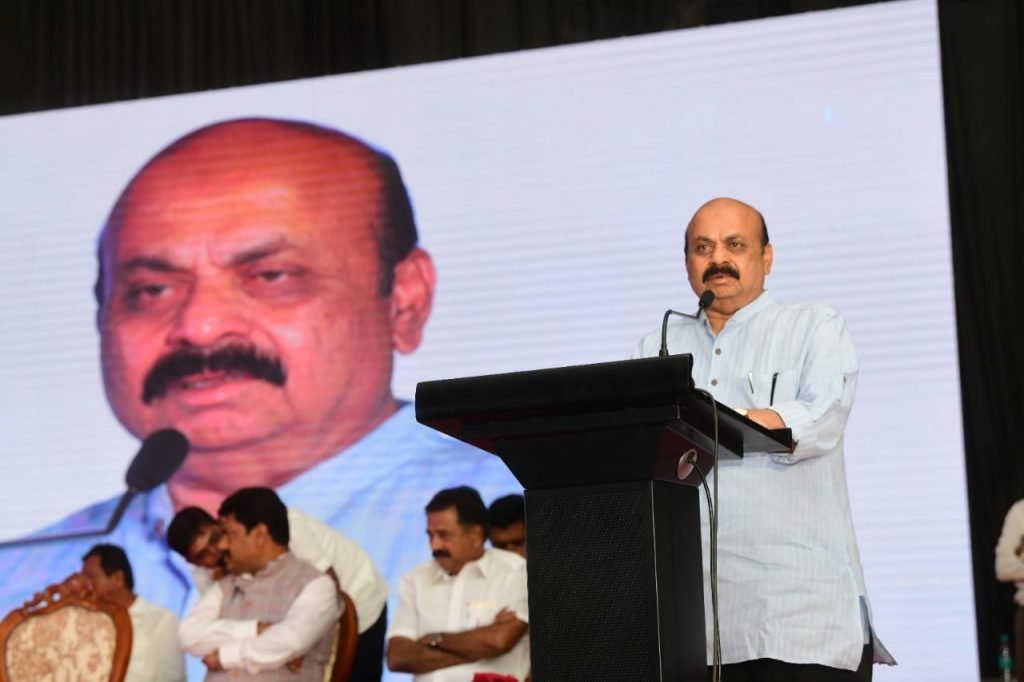 Vijayanagara, April 10: Taking a dig at Congress, Chief Minister Basavaraj Bommai said all the ‘Bhagya’ schemes of Congress government were confined to the third floor of the Vidhana Soudha and none of them reached the people.

Speaking at a public programme at Harapanahalli he said, people have seen the bad governance of Congress. People rejected Congress despite the slew of ‘Bhagya’ schemes they announced.

In the five years of its tenure the Congress government failed to deliver on its promises. Corruption and pilferage even in purchase of articles for students’ hostels of the backward communities in the Social Welfare department exposed the hypocrisy of Congress which makes tall claims on ethics. They committed the sin of snatching the rights of the innocent Dalit students, Bommai said.