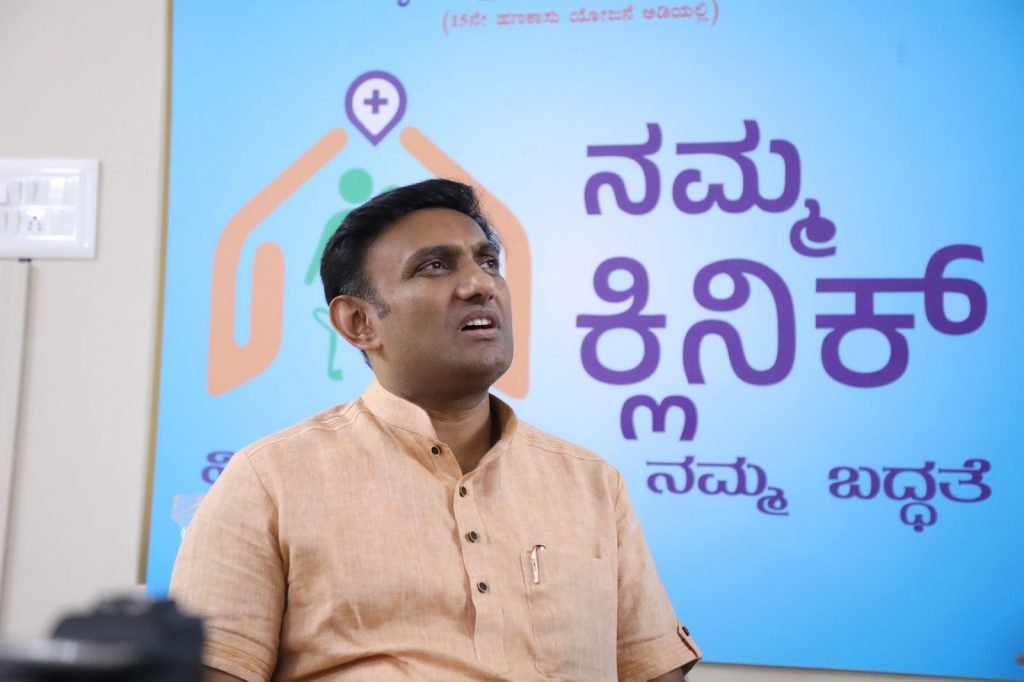 Patients need not furnish any documents in during emergency

Bengaluru, Nov. 5: If doctors and staff in govt hospitals misbehave with people, they will be terminated from service. I will speak to Chief Minister in this regard and if need be we will bring necessary amendments to laws in the next session of the assembly, said Health and Medical education Minister Dr.K.Sudhakar.

Speaking about the death of pregnant woman and two newborns in Tumkur District Hospital minister Dr.K.Sudhakar said the girl who has now lost her mother has been admitted to orphanage home. A fixed deposit of Rs.5 Lakh has been made in the girl’s name from the government. Govt will also take care of her education. District surgeon, doctors and other staff who are found to be responsible for this have been issued showcase notice and have been asked to respond within 24 hours.

Incidents like these must never repeat again. In cases of emergency, hospitals should not insist on documents. Documents can be collected after the attending the emergency. There are about 76 notified emergency services and instructions are already in place to not deny or delay treatment in such cases. In case treatment is not available in government hospitals people can avail it in private hospitals also and govt will bear the cost.

Incidents like these are unacceptable and it is a blot on humanity. I express my sincere regret and I feel extremely sorry for the woman and the two newborns who left this world even before they could see it.

Police Dept has been trying to trace the family of the woman since last 36 hours. If the family is not identified government will take complete responsibility in this case.

“Irrespective of which state the woman belongs to, she should have been treated at the hospital on humanitarian grounds. This incident has indeed created a mistrust on the entire public health system, ” minister expressed his disappointment.

Responding to Leader of Opposition Siddaramaiah’s comments Dr.Sudhakar said, “I can produce records regarding number of infant deaths that happened in Mysore when Siddaramaiah was CM. Siddaramaiah neither resigned nor sought his health minister’s resignation. If he can stoop so low to politicise a death, he is not just unfit to become a leader but also unfit to be called even a human being. Such incidents should not be politicised, Dr.Sudhakar said.

I will produce documents on the number of deaths happened in govt hospitals during Siddaramaiah’s tenure. If Siddaramaiah is ready to resign as Leader of Opposition then I will step down as health minister, challenged Dr.K.Sudhakar.