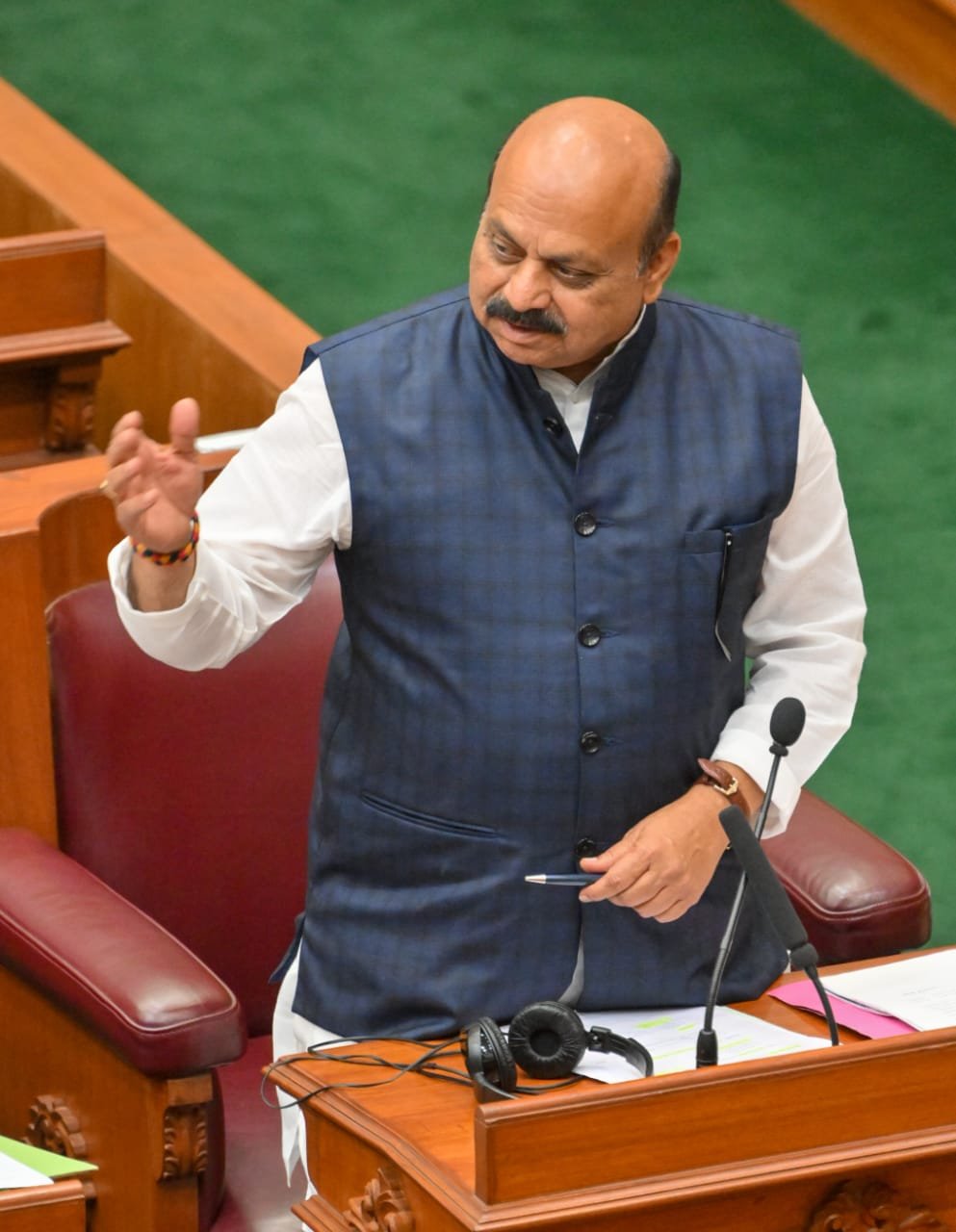 Bengaluru, Dec.25: Chief Minister Basavaraj Bomma said there is the inner essence of humanism in India and the meaning of Indianess is nothing but humanity. In the entire world, India will stand in the place of a guide.

Speaking after inaugurating ‘Spirit of India’ organised jointly by Atal Vision Foundation and Karnataka Union of Working Journalists here on Sunday, he said there is a lot of difference between in living style of Indian and westerners. In western nations, only a powerful man lives but in India, even a weak man can survive and this has been shown by our culture. The Indians, more than living for themselves, live for those who are distressed. This is the way of life. “We will be haunted by good and bad consciousness whereas among the westerners it is only profit and loss. Ultimately, we do everything with the hopes of getting virtue”.

The CM underscored the need to build a truth-telling and truth-listening society. They are living in the world of compromise ad even life will be compromised while they are in this world. The birth of Gautham Budha and his transformation is really great. He brought changes in the country’s world of spiritualism. Likewise, Bhagwan Mahaveer also preached ‘Ahimsa Paramo Dharmaha’ and brought changes in society. Such things cannot be seen elsewhere.

Bommai said during the 16th and 17th centuries when the wars were taking place, the Britishers established 139 colonies across the world just for money and trade. But the 21st century is the century of knowledge means the century of India. Knowledge is now more precious than money. They can see how the world powers are changing. While our ancient and historic India is on the one side modern India is on the other side. This can be called as Spirit of India.