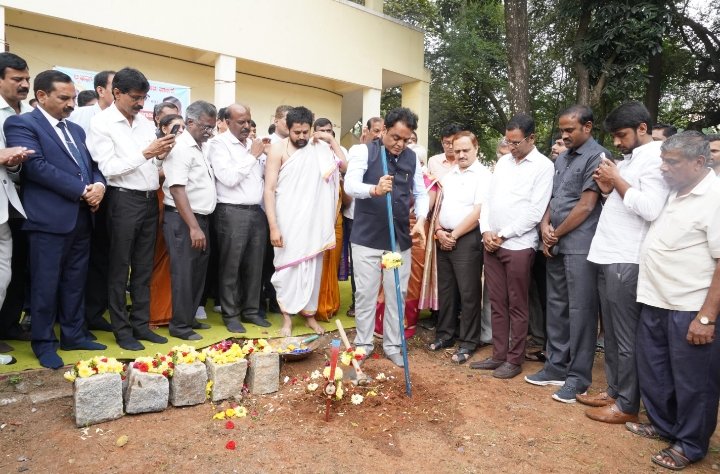 Bengaluru, Nov. 28: Foundation Stone for a four storey government primary school building which will be built at a cost of Rs 11.75 Crores at the multi disciplinary constituent womens’ college premises (Malleswara 13th cross) on Monday was laid by Dr CN Ashwath Narayan, Minister for Higher Education.

Participating in the first annual day event and Kannada Rajyotsava at the college belonging to Bangalore City University, he also inaugurated the newly set up physics and computer science laboratories.

Speaking on the occasion, he said, that medium of instruction would be made available in both Kannada and English in the school which would come up on the premises.

Saying, that the premises facilitates learning starting from anganwadi to post- graduation, he added, that the quality of education provided here exceeds the one available at the private institutions.

Malleswara is known for quality education and accordingly 25 anganwadis have been modernised. In addition, 13 primary schools have been upgraded, he explained.