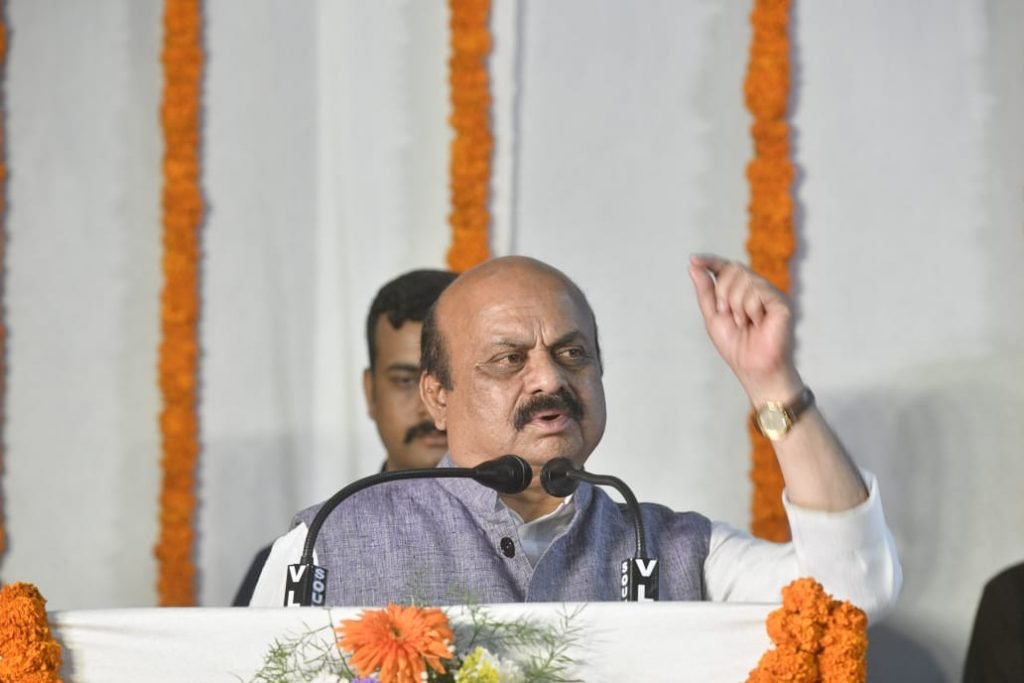 Koppal, Dec. 15: The Congress House did not have a door or windows and everything is open, said Chief Minister Basavaraj Bommai.
Reacting to Congress MLA Priyank Kharge’s statement that BJP is a house with three doors, the CM told reporters here on Thursday that former CM B.S.Yediyurappa is the supreme leader and all the programs will be held under his leadership. His blessings are always on them. The BJP National President J.P.Nadda has come to Koppal to take part in the opening of a new party office.