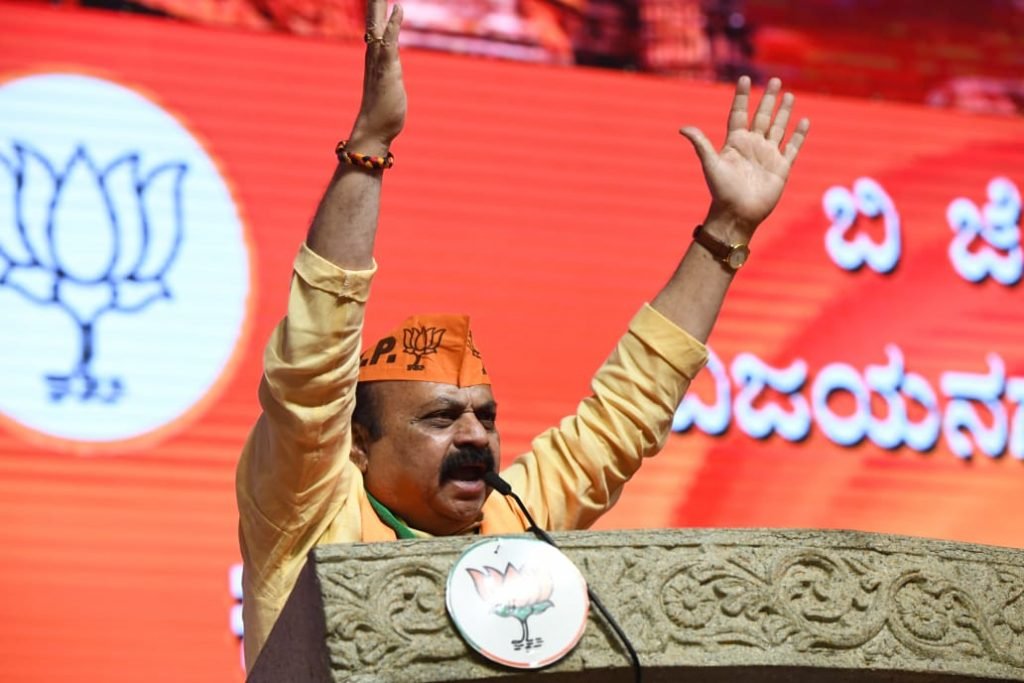 Addressing the convention Bommai said, Vijayanagar is a holy land and we have declared a democratic war based on the principles of justice and positive democratic values. Let us march ahead under the able leadership of Narendra Modi and his welfare programmes. Let us march together,victory will be ours.

Terming Modi’s leadership as a great strength for the party, Bommai said, the entire world has accepted him as a great leader and we are marching ahead under his leadership to script a glorious future for the State and the Country.

Launching a scathing attack on Congress, Bommai said that the grand old party had no moral right to talk about Corruption. The earlier Congress government at the Centre had attained notoriety by perpetrating 2G, 3G, Defence and Coal scams. The Congress government compromised with even the security of the country by indulging in scams in defence purchases too,Bommai said.

Congress worried only about power and vote bank

Bommai in a stinging attack on Congress said that the party is worried only about power and vote bank politics causing communal tension in the state. They had lost control of the administration when in power encouraging the anti-national elements. They remained mute spectators when rioters attacked DJ Halli police station and burnt down the residence of their own party MLA. They do not want peace and harmony in the society. Their vote bank politics has further emboldened the disruptive elements, Bommai said and questioned the silence of Congress leaders about the attack on the police station in Hubballi and their stand on the Hijab issue.