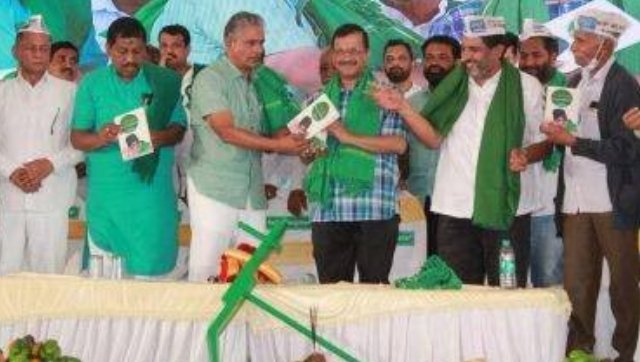 addressing a mega farmers’ rally, organised by various farmers’ body including Karnataka Rajya Raitha Sangha (KRRS) on Thursday at the National College in Basavanagudi Kejrival says, “We, the common people, were challenged to get into politics when we demanded law against corruption. Later a political party was born. Our first government was formed in Delhi and in Punjab recently. Now, we will form our next government in Karnataka.”

Four lakh students migrated from private schools to government schools this year. This is the pride of the government. The people of Delhi prefer government hospitals to private hospitals. Medical treatment for two crore people is free in Delhi. Earlier, there were power cuts for eight hours, now people get electricity supply for 24 hours with zero bills, he elaborated.

Karnataka farmer’s leader Kodihalli Chandrashekar joined the Aam Aadmi Party in the presence of Kejrival. With this the strength of the party has penetrated across the length and breadth of the state.