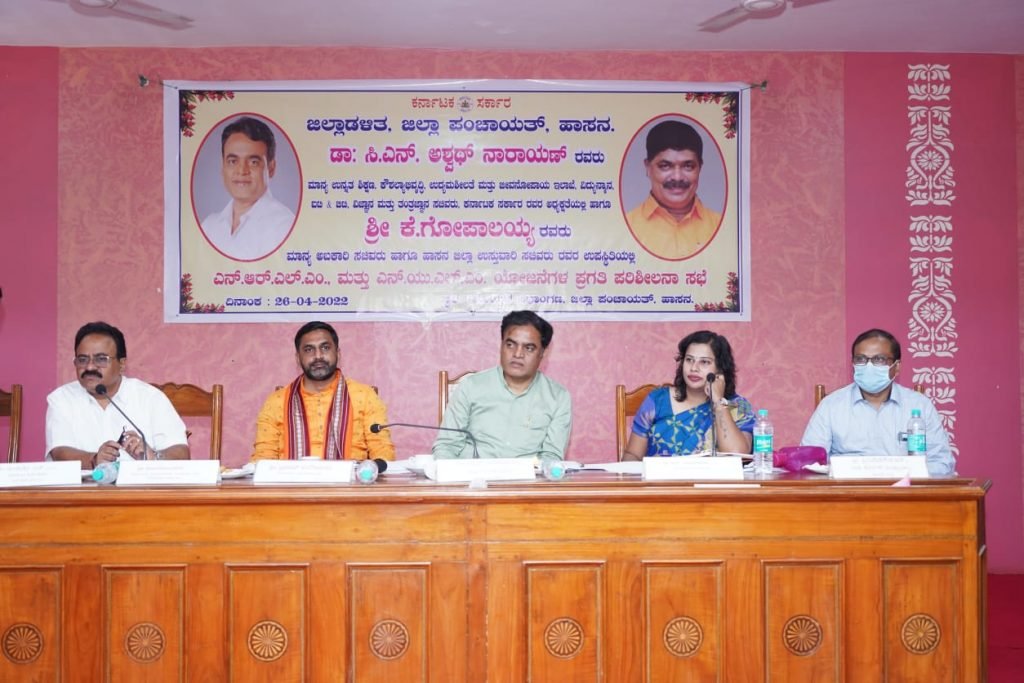 Hasana, April 26: Dr.C.N.Ashwath Narayan, Minister for Skill Development, Entrepreneurship and Livelihood, said on Tuesday, that at least 30 lakh jobs will be generated in the software sector alone in the state over the next 5 years.

In his inaugural address of the job fair organised here at the prmises of the Malnad Engineering College by the department of Skill Development, Entrepreneurship & Livelihood, he said, apart from the software domain there will be creation of 5 lakh jobs every year in the formal sector and much more in the informal sectors.

Informing, 80 companies have participated in the fair, he added that around 2,000 jobs are locally available. Training in required skills will be provided for those who do not qualify in job fairs, after analyzing their performance, he stated.

Minister said, “The government has been providing apprenticeship training for job aspirants and polytechnics have been upgraded to suit the present day demands. It has been aimed to increase the economy of the state by 4 fold by 2025”.

“By realsing the importance of language learning and numerical knowledge, National Education Policy 2020 has laid emphasis on them starting from the foundational level itself. In the higher education system transparency has been ensured by intervention of technology and opportunity has been provided to impart future skills for students of all streams”, Narayan remarked.

Over 5000 job aspirants attended the fair.